You are here: Home > How does Planck-scale physics work?

How does Planck-scale physics work?

Planck-scale physics is more than a hundred years old. Physics is starting to take it seriously. This is great because we can hope for exciting new science and technology to drive a new economy.

Planck scale is the incredibly tiny scale at which physics actually happens. It is the scale at which space no longer appears continuous; rather, it is granular. That is, it is made of distinct pieces or quanta. To distinguish them from other quantum concepts I call them flecks.

Bernhard Riemann, a famous mathematician who devised the geometry of space, conceived of flecks on purely conceptual grounds in 1856. Max Planck, the Nobel Prize winning physicist after whom the Planck satellite is named, calculated their size in 1901.

To call them incredibly tiny hardly does them justice. A fleck of space is to a speck of dust as a speck of dust is to the ninety-billion-light-year visible universe. At this scale a subatomic particle, like an electron—long thought to have zero size (i.e., a “point particle”)—may be spread out over trillion-trillions of flecks.

So how does physics work at this scale? With great difficulty! But at least it is making a start.

The first step is to think in terms of Planck-scale structure. String theory made a big leap in this direction.

Some say string theory is not really physics. There is some truth in this. String theory is mostly fancy math that seems to describe subatomic physics in terms of imagined wiggly strings and such-like very tiny things.

The simplest versions of string theory conceive of space as having a six-dimensional self-contained Planck-sized space called a Calabi-Yau manifold (or fleck) at every point. 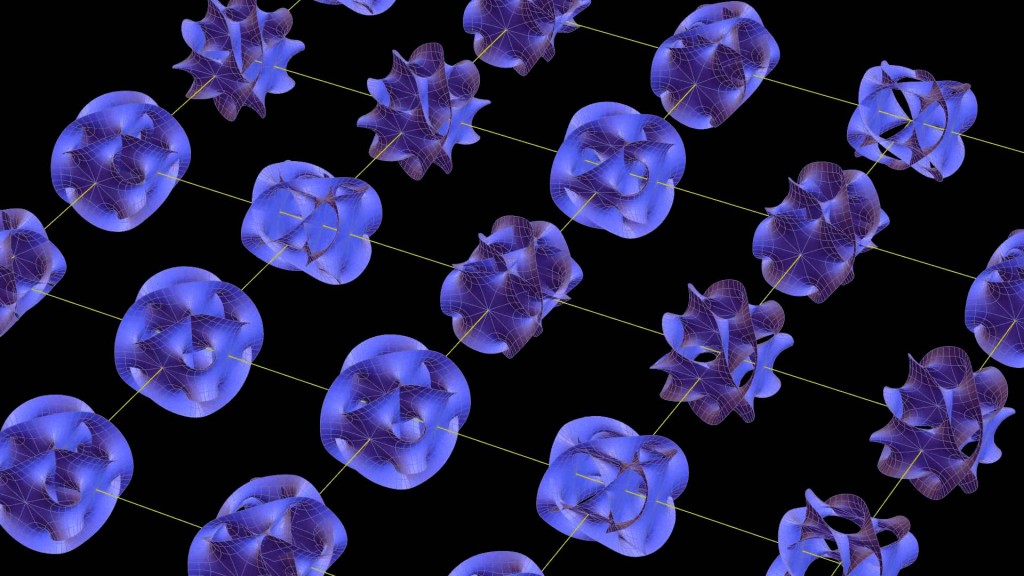 Planck-scale physics goes one step further. It says the 6D flecks are real but not arrayed in space; rather, space is made of them. My version of this story says everything is made of them. That’s right: Matter is made of space! It’s amazing how many deep problems are easily solved once one makes this conceptual leap.

For example: How did the universe begin, why does light speed set a maximum, what is Dark Matter, why did the universe start expanding in the Big Bang, and why is the expansion accelerating? And dozens more.

Thus there is good intellectual reason to want to explore Planck-scale physics. In practice it is extremely difficult. The usual strategy for exploring smaller physics is to smash things into ever-smaller pieces and examine the debris. It won’t work down to Planck scale.

For example, the world’s largest machine—the Large Hadron Collider, which straddles the border between France and Switzerland in a 27-kilometer tunnel 100 meters underground—works this way. It uses huge single-quantum-state superconducting magnets and superfluid helium to guide protons at almost the speed of light. It brings to bear enough energy for running a city to smash the protons into subatomic fragments. By comparison, if we could bring to bear all the thermonuclear energy of the hundreds of billions of stars in our galaxy in a machine the size of the Solar System it would not smash an electron down to Planck size.

So, enough of smashing. If we are ever to see the economic benefits of Planck-scale physics, our physics needs a new strategy.

Next: A step in the right direction.