You are here: Home > Planck-scale physics needs to start with the beginning of the universe just like quantum theory started with the hydrogen atom

Planck-scale physics is not yet in its infancy. It is in gestation. Arranging a successful birth requires a strategic discipline. Walk before you try to run!

For some reason (we will get to that) physicists seem doomed to run. Indeed—to milk the metaphor for maybe more than it is worth—they essay hundred-meter sprints before they can crawl. We should not be surprised that this strategy is less than a success.

A hundred-or-so years ago, bringing about the birth of quantum theory was in a quandary. It was concerned with what was going on inside the atom, which was was not open to observation. But physics was embracing atoms, which had been science fiction for two thousand years; and it was starting to take on faith that things like protons and electrons did exist inside them. The big issue was: What laws of physics governed their behavior?

In those days physicists were disciplined. They set out to walk: They began with the simplest atom, hydrogen. It has a single proton in its nucleus and just one electron somehow wandering near it. Early work on quantum theory set out to refine this picture. Did the electron orbit round the proton? Why did it not lose energy and fall into the proton, to which it must be attracted? This kind of concept is called an ontology: it is a study of what is.

Starting about a hundred years ago physics ceased to be about what is. These days you’ll find physicists speaking of these same particles in terms of strings. Strings (if they exist) are Planck-scale entities. But these days physicists tend to avoid ontology. Rather they see physics as epistemology: the study of what we know. This shift severed physics from its long partnership with philosophy—a discipline thought-leaders like Neil deGrasse Tyson now deride.

Recently Australian physicist Sundance Bilson-Thompson has been sowing seeds of a new Planck-scale ontology with tweedles, tiny twists in the fabric of space. He shows that there are two kinds—mirror images or opposites that, tongue in cheek, he calls dum and dee. So in his ontology Tweedledum and Tweedledee give rise to the entire universe. (Sounds like fun but he is in dead earnest.)

What can one do with tweedles? The universe consists of a staggering number of them. A single hydrogen atom consists of twenty-four tweedles. But then there are the photons (a photon has six tweedles) seething in the space within the atom and gluons (six tweedles each) keeping the proton’s quarks together. At Planck scale even the simplest atom is a vast and tangled mess.

Let’s rethink the quantum-theory lesson. Physicists like Niels Bohr began with hydrogen because it was the simplest atom. If they had begun with, say, plutonium, likely we still would have no quantum theory. They began with an atom because they were studying the atom. To study the tweedle one would want to start far smaller with an entity that is much simpler.

What is the absolutely simplest entity? It is the entire universe . . . at the instant it begins. In my book it has two quanta of space or flecks and just two tweedles. This is where to start to build a brand-new Planck-scale physics.

Of course most of these ingredients have been at hand for some time. Yet the infant universe is physics’ version of virgin territory. Bugs Bunny might say, ‘What’s up Doc?’ 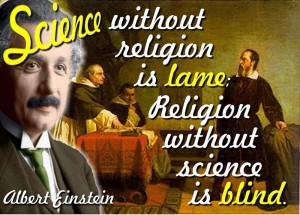 What’s up is religion or, more to the point, aversion to religion. The whole issue of the universe having a beginning is widely seen to have religious overtones. And there is the sorry story of Belgian physicist Georges Lemaître. He was the first to study general relativity and reason with it back to the beginning. He is known as the Father of the Big Bang for showing that the universe was then and still is expanding. But his ideas about the beginning, though part and parcel of the same picture, are almost always ignored. Problem is: he was a monsignor of the Catholic church and the Pope thought that his work was wonderful. Physicists are still cringing.

Today few physicists accept that physics should address questions of how the universe began, technically known as the initial condition. Fewer still will work on it.

So we have religion stopping physics in its tracks. It is disgraceful. It is holding up a quadrillion-dollar boost to the economy. Who is responsible for this? It’s not the church this time.