You are here: Home > The Dark Matter Mystery Is Solved!

For years Dark Matter has confronted physics with a massive mystery. A recent article describes it as ‘the invisible substance that astronomers believe accounts for about 80% of the stuff in the universe.’ But what is it? This question has physicists searching for obscure new particles with the world’s largest machine, the Large Hadron Collider. Now observations from the LIGO gravity telescope reveal the successful candidate for Dark Matter. (Obscure particles need not apply.)

LIGO stands for Laser Interferometer Gravity Observatory. It is a super-sensitive instrument (actually, two instruments, 3,000 km apart) that can detect gravitational waves that make fantastically tiny changes in the shape of space itself. General relativity theory says two black holes will cause such changes when they collide. In February of this year, LIGO researchers reported the first observation of such an event.

Now, hot off the press, the news that both LIGO instruments detected another pair of black holes merging might seem a tad old hat. Who cares about number two? But this second observation has its own unique news value and it is a big deal. Here’s why.

Standard astrophysics provides for ‘small’ black holes of a few M⊙ (M⊙ is the mass of our Sun, some 300,000 times Earth’s mass). They are remnants left when stars collapse in supernovas; they move in orbits just as stars do. Astrophysics also knows of big black holes with millions or even billions of times the solar mass that sit at the centers of galaxies with their gravity sucking in vast masses of gas. But it provides no way for the universe to make black holes with intermediate masses, tens or hundreds of M⊙. Astrophysicists see the supernovas that make small black holes. And they detect big black holes by the rapid motions of stars near them. They rule out both kinds of black holes as candidates for Dark Matter because they know there are too few to account for the missing mass. 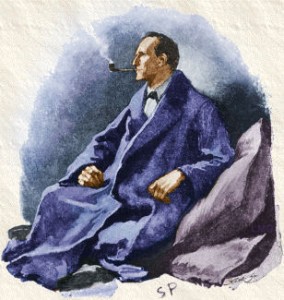 Thus Dark Matter must (they say) be something else. Physicists have dreamed up many other candidates. For example, they imagine weakly-interacting massive particles or WIMPs. Month by month the explanations become weirder. There is no evidence for any of them. Experiments designed to find them have all failed.

Five years ago British astronomer Mike Hawkins said Dark Matter could be primordial black holes (created in the first fraction of a second before the Big Bang). Two years ago I shared his view. My reason was that new concepts for Planck-scale physics show the emergence of space and matter in the first 10-42 second after the beginning as ideal for creating vast numbers of primordial black holes with a range of masses.

Late last year came the initial observation by LIGO. Before they merged, these first-ever directly-detected black holes weighed in at about 29 and 35 M⊙. In February of this year I wrote that this event shows there are mid-sized black holes, a class that standard astrophysics says does not exist and ‘intermediate black holes like these may be the universe’s missing Dark Matter.’ Last month, astrophysicist Simeon Bird and seven colleagues at Johns Hopkins University said this too. But this notion rested on a single observation. Could it have been a fluke?

Now the LIGO team reports another pair of black holes bit the dust (or strictly, chastely kissed each other’s event horizon and immediately coalesced—an invisible catastrophe of mind-blowing magnitude). Observation of pair number two came just 15 weeks after the first, clearly no fluke. Their masses were 14.2 M⊙ and 7.5 M⊙. There must be huge numbers of intermediate (and so primordial?) black holes out there if they can get together in twos, notwithstanding that it takes them thirteen billion years to get to their first—and final—kiss.

Does this prove Dark Matter is primordial black holes? Not quite. An upgraded LIGO and other gravitational-wave observatories will soon give us more data from which we can work better numbers. But tentatively I’m convinced. Remember Sherlock Holmes’ dictum to Dr. Watson that ‘when you have eliminated the impossible, whatever remains, however improbable, must be the truth’. And now LIGO’s twin observations show mid-sized primordial black holes are not improbable at all.