You are here: Home > Understanding Planck-scale physics gives us evidence that we have free will

Physics has long been said to say we have no free will. Up close and dirty this is a false argument. And the whole issue is on the brink of fundamental change. A deeper grasp of physics brings together many threads to explain free will.

In a recent article in The Atlantic Steven Cave says: ‘The sciences have grown steadily bolder in their claim that all human behavior can be explained through the clockwork laws of cause and effect.’ The early argument against free will was based on a deterministic view of physical causation. The state of everything—including every atom in your brain—at a given instant was thought to be determined by the laws of physics applied to its previous state. This seemed to leave no room for free will.

When quantum theory came along some thought it would negate this argument because it says the state of each atom is randomly determined by applying laws of physics to its previous state. But on closer examination it becomes clear that random probabilities provide no better basis for free will.

Just as Albert Einstein did most physicists today accept that they have no free will. They are doing what the laws of physics cause them to do.

At root their argument says only that modern physics can’t explain free will. This should be no surprise. Physics fails to explain many observations. To pick just one notable example, it is at a loss to explain the “spooky action at a distance” Einstein ridiculed, now a well-established experimental reality.

Indeed, modern physics is not really explanatory. It comprises a web of math chosen for success in modeling experimental results. It is internally inconsistent. And it can’t explain itself.

The reason for this state of affairs is not really controversial. Modern physics mostly doesn’t model observations at the scale of real events—the Planck scale. We can’t make such observations. The smallest scale of observation is that of sub-atomic particles. But then physics treats some of them, like quarks and electrons, as point-particles with zero size.

This results in crazy inconsistent math that needs arbitrary fixes. More fundamentally it means that physics doesn’t study properties of the real world. It studies properties of invented entities. We should not be overly impressed by its failure to explain free will.

String theory is an exception to the scale problem: it does study events at the Planck scale. But it suffers from two other problems: to date it has not been tested by any observations (as ex-string-theorist Lee Smolin famously complains); and string theory is built on an assumed background of continuous space but it is increasingly clear that at Planck scale space is granular.

Most recently Sundance Bilson-Thompson’s preon model offers three big advances: it is explanatory; it explains everything in terms of a single entity; and at Planck scale we can now conceive of each of those “point particles” as six far-flung twists between adjacent granules—or flecks—of space.

So how does all this turn into a free-will story? It leads to a view that the world we observe emerged as space flecks replicated. That is, new properties emerged from relationships between vast numbers of entities that do not themselves have those properties. The first to emerge was space itself. Then came matter and energy, emerging courtesy of Bilson-Thompson in the first 10-40 s after the beginning of the Big Bang. Laws of physics emerged as analog approximations to a digital reality. 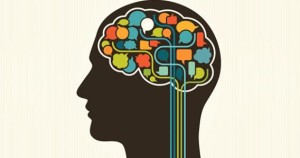 Almost fourteen billion years later, free will emerged from relationships between the 100 billion neurons, 1,000 trillion synapses and 1,000 billion neuroglia of the brain that is the home of the human mind.

The concept of emergence offers us a path to explanation but falls short of a demonstration. How can we know for sure the human mind can transcend causation as described by the laws of physics? What sign can we find to confirm that we exercise free will?

Ironically one sure sign can be found in the very fictions of our physics. Modern physics is founded on properties that have no existence in this universe, like those zeroes. There are no zeroes in reality. The real world (even so-called empty space) is made up of a very large number of flecks. They comprise most of the mass of the universe. The universe began with one of them, not zero. Likewise there is no infinity; our universe is finite. Neither continuous space nor time is real. In 1886 German mathematician Leopold Kronecker was right when he said, ‘God made integers; all else is man’s work.’—no so-called real numbers can be found in the real world.

None of these fictitious properties could arise from causative laws of physics acting on the previous state of the world. They arose from creative acts of will by human beings.

As Euclid was wont to say: QED.