You are here: Home > Is Our World Analog or Digital

Is Our World Analog or Digital

We need new physics; and new physics needs new math. It won’t be easy but it is a huge opportunity.

More than a hundred years ago physics chose to assume the universe is analog. It is now becoming clear that this is wrong: our universe is digital. We took a wrong turn that is having increasingly serious consequences. What we do (or don’t do) about this may become the biggest economic impact on your life.

There seemed to be good reason for that fateful choice. But convenience, not factual evidence, led to it. Isaac Newton and Gottfried Leibniz invented the math for an analog world three hundred years ago. Its name is calculus. It sets out from a simple assumption: we can cut up any measurement like length and time into infinitely many pieces. That is to say, the universe is analog; the world is smooth and continuous at any scale, no matter how small. Readers of last week’s post will know we now conclude this isn’t true.

Calculus co-exists with numbers that have an indefinite number of decimal places, real numbers as they are called. Numbers like π, or 3.14159265…. It may seem strange that the analog math of these numbers is easier than the math of numbers like 1, 2, 3, (or integers) that one can count on one’s fingers (hence digital). But it is so. And that is why today almost all our physics is based on the continuum and so-called real math. But is real math real? 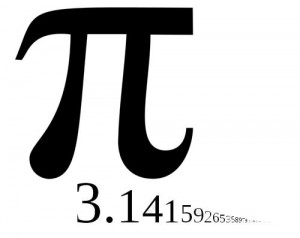 math. He was making a point, not about the math, but about the nature of reality. In deciding which to use, he said, we should start with concepts from our experience of the real world. To our eyes this does indeed seem smooth and continuous or analog. But he said that when we come on facts that analog concepts can’t explain we should adjust our concepts. His hope was to ensure ‘that progress shall not be obstructed by the prejudices of tradition.’ He notes that this is a task for physics, not mathematics.

Today physics is replete with fundamental ‘facts which it cannot explain.’ This is a direct consequence of that wrong turn. And progress is indeed being ‘obstructed by the prejudices of tradition.’

This may seem an abstract issue, of little or no concern to most people. In fact the obstruction to progress is on its way to costing the economy quadrillions of dollars in our lifetimes. That’s millions of billions; that is so much that it not only hurts your pocket and mine, it affects the kind of world we and our descendants will live in.

It seems hard to blame the physicists, who spent more than two decades of their lives mastering the analog math that is the bread and butter for physics today.

The most urgent problem is that physics teachers who learnt an analog view of the world now teach it. They could do their students (and succeeding generations) a great service if they would teach them at least a little of the digital view of the universe. If they can do so they may lay the conceptual foundation for an economic revolution, which is something that the world could use right now.

How can we help them?

Bernhard Riemann (1854), “On the Hypotheses which Lie at the Foundations of Geometry”, Habilitation Dissertation, University of Göttingen, (tr. Henry White); http://www.lymcanada.org/wp-content/…/2/…/Riemann_Habilitation-Dissertation.pdf