You are here: Home > The Flow of Time

The Flow of Time

Does time flow? It is a fundamental question. It has confounded physics for hundreds of years. It still does.

We sense the flow of time.  Today many physicists say this is an illusion. I say they don’t understand. Physics at the very largest and the very smallest scales leads to a simple way to make sense of time. Here’s how.

Let’s start with an even more fundamental question: What is time? Is it a fourth dimension? Physics speaks of spacetime as the underlying reality. That is how relativity depicts it. The advantage is this simplifies some math. It also burdens us with conceptual problems. There are reasons to conclude that it is wrong.

Relativity does not study time. It studies space. It is based on measuring devices such as rods and clocks. It says time is whatever is measured by a clock. Clocks measure motion. Motion is a property of space.

Relativity’s concept of time leads to weird consequences. For example it leads to the conclusion that the entire future already exists. We walk our way through this time like a movie that was made the instant that the universe began. If that’s not kooky enough for you, a brilliant Austrian logician and philosopher, Kurt Gödel, showed that if the universe rotates then one can travel a closed path and arrive before one left; that is, in terms of relativistic time. 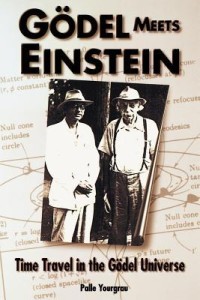 Let’s leave Gödel’s time travel to another post. Suffice to say that relativity’s tale of time is a fairy story. Among its more consequential errors is the notion that there is no absolute way to say that two events in different places are simultaneous. It all depends on how you’re moving. This results from the relativistic assumption that there is no special frame of reference. Any cosmologist can explain (and Daryl Janzen does) why this assumption is plain wrong.

All of which is to show that if we want to take a closer look at time we should not begin with either relativity or clocks. Let’s begin big.

At the largest scale—the scale of the whole universe—cosmology tells us it consists of space with three dimensions. It shows that time is absolutely distinct. It says there is a special frame of reference in which the universe itself is at rest. So we can measure motion absolutely. And we can say absolutely when events anywhere in the universe are simultaneous. Indeed, every piece of the entire cosmos is a twin to every other. That is they were born in the same birth and by the Planck satellite’s best measure each is 13,820,000,000 years old. These facts are now well established in cosmology. (Too bad relativity could not keep up.) 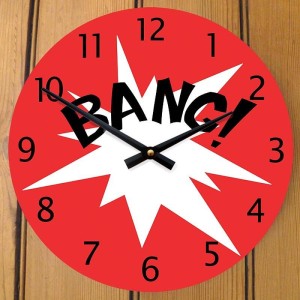 We know about the smallest scale—Planck-scale—thanks to Max Planck. It reflects the size of flecks, the basic quanta, the smallest bits of space that can exist. Flecks have volume (the Planck volume) which explains why our universe, which is entirely made of them, has three dimensions. At Planck-scale we can see that simultaneity of the 3-D universe at any scale is absolute because there is no time. Yet there is change. Every Planck time (5×10-44s as we measure time by motion) every fleck renews itself and its relations with its neighbors.

At intermediate scales—such as our own scale or the scale of atomic particles—change marches on. We see it as motion and we call this the march of time.

Suddenly physics can make sense: ditch spacetime and work with 3-D space. At all scales we now see the same thing. The universe has three dimensions. It has no time dimension. But it has change that we measure as motion in space. Motion gives us many kinds of clocks. We say they tell time.

So what you see is what we’ve got. Time is our window into the deepest Planck-scale secrets of the universe. It’s no illusion.