You are here: Home > Stephen Hawking’s big ambition and the secret sauce that kept it just beyond his reach

Stephen Hawking’s final paper was published this week. Like his last book, The Grand Design, it is about how the universe began.

In 1979, he became the seventeenth Lucasian Professor of Mathematics at Cambridge University. His modest aim was to understand the universe, the whole thing, from beginning to end. He missed his mark by a tiny fraction. But for a gap in his education he might have made it.

More than 300 years before him, Isaac Newton was the second Lucasian Professor. While more widely known for gravity, he devised calculus, which soon became the main math language of physics.

With Newton’s math, Hawking showed the universe had a beginning. Yet his best efforts fell short of understanding it. We will see it was Newton’s math—the wrong math for the job—that did him in.

Hawking might well have succeeded. Despite (or maybe in part because of) disability he brought unusual aptitudes in aid of his great task.

He set his sights on it openly. He asked, “Why does the universe go to all the bother of existing?” 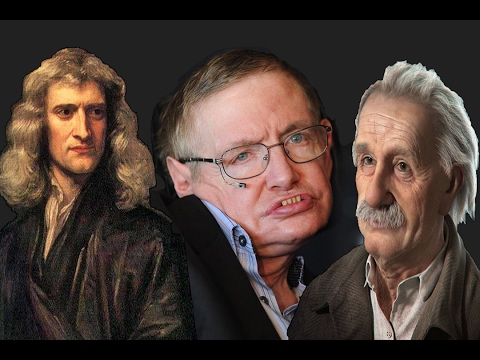 Like both Newton and Einstein he was at least as much philosopher as physicist. He sought not only theory but understanding. “I would rather be right than rigorous,” he once said.

Rarest of all, as physicist he embraced that threshold philosophy calls the ultimate cause. In his inaugural Lucasian lecture he said, “I think that the initial conditions of the Universe are as suitable a subject for scientific study and theory as are the local laws.”

In each of these attributes he was extraordinary. In combining them he was unique.

His accomplishments were unique too. With fellow physicist and mathematician Roger Penrose, Hawking revolutionized the study of black holes—until then more science fiction than science—showing they are an inevitable consequence of general relativity.

Then, having established them as infinitely dense objects from which not even light can escape, Hawking showed black holes must emit radiation as an inevitable consequence of quantum theory.

He did more to educate us all about the wonder and value of physics than all his Lucasian predecessors together. His first book, A Brief History of Time—long since the all-time sales record holder—is back on current bestseller lists.

How could we think he could have done much more?

The fact is he could have. His greatest disability was imposed on him: His Cambridge physics education stole the secret sauce he would sorely need. Physics taught him to think—like Newton did—in terms of space that is continuous.

A hundred years before Hawking was taught to think this way, Bernhard Riemann showed it was not the only way; rather it was a choice. Building on Newton’s work, he devised the rules Hawking would later use for doing geometry in space.

Riemann said there are two kinds of spaces. One is continuous; one can—as calculus does—divide a length into infinitesimally small pieces. The other he called “granular”, meaning it is made of tiny finite pieces. He gave fundamental reasons why the latter may be better. But, he said, physics should choose to use whichever kind of space experience reveals to be real. 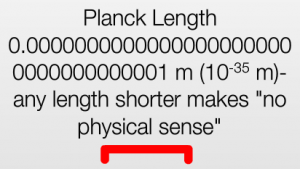 In 1901 Max Planck showed—while doing work that earned a Nobel Prize—how atoms provide evidence that space is granular. For a century physics lamely tried to come to grips with the idea that nothing real is shorter than what is now called the Planck length. (Lamely, because physics mostly gave up on reality to concentrate on what could be done with calculus.)

In the end, like Einstein before him, Hawking could not break with calculus and continuous space.

His last thoughts on the beginning of the universe depict it as the product of unlikely mathematical abstractions applied to something he cavalierly called “nothing” and did not understand: space. Measurements by the Planck satellite estimate this “nothing” has more than seven tenths of the entire mass of the universe. To misquote Winston Churchill: Some nothing!

One of many lessons we can learn from the amazing life and work of Stephen Hawking is: Let’s start teaching physics teachers how to teach realities of space. With a better basic education Hawking surely could have done even more.