You are here: Home > What are the quanta in quantum gravity? A hundred years ago Einstein said “space”. So where are we now?

What are the quanta in quantum gravity? A hundred years ago Einstein said “space”. So where are we now?

Quantum gravity is all the rage in physics these days. There are books about it but none say what quantum gravity is. And none report real progress. We should be upset about this. Really!

String theory says matter is made of tiny Planck-scale strings. Their modes of vibration are quantized. These modes give rise to different kinds of particles, like quarks or electrons. We could say string theory begins with already-quantized quantum field theory and tries to build a bridge to gravity. Its math may be beautiful but it leads to no useful results. It predicts particles we can’t find. Some say it is not physics. 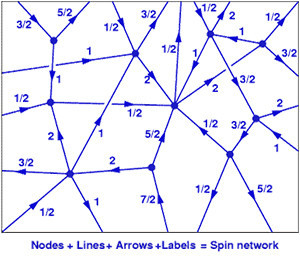 LQG does the opposite. It begins with gravity and tries to quantize it. Its spacetime is a network of loops. LQG quantizes them at Planck scale. Its big problem: Spacetime is a physics myth. It is becoming clear that, while space is real (indeed it may be all that’s real), time is—as some physicists suspected—merely measured motion, a physics artifact. Outside synthetic mathematics, space and time don’t blend. Sooner or later some may start to say LQG too is not physics.

So there are reasons why neither approach delivers. What does reason say about bringing gravity and the quantum world together?

Einstein’s general relativity teaches: Gravity is space. Add to that: Space is already quantized. LQG is close to grasping the cigar. But what physics needs is not math that quantizes gravity; it needs math for already-quantized space. 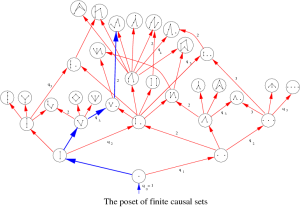 (Such math exists. Its name, partially ordered finite causal sets, and acronym POFCS may not help it get physics research grants. It inhabits the fringes of LQG where it is often conceived in terms of spacetime instead of being seen as the generator of space. Greek physicist Fotini Markopoulou-Kalamara pointed in the right direction nearly twenty years ago but gave up.)

Already-quantized space is not exactly news. Bernhard Riemann was the German mathematician who invented the math relativity now uses. In 1856 (long before quantum theory was invented) he said space might be not continuous but made of tiny pieces. He said this was the better choice because it avoided the need to introduce a big assumption called the metric. In 1901 Max Planck—the Nobel-Prize-winning German physicist who invented quantum theory—calculated the size of space’s tiny pieces.

Nonetheless physics took the wrong turn then just as it did with spacetime fifty years later—and for the same bad reason: its math was convenient.

Quantum gravity may be like gold at the end of a rainbow but, as the Irish understand, you can’t find the gold by following an artificial rainbow.

So the challenge to those physicists who dally daily in the inapt math of continuous spacetime is this: Get real; then get with the program!

And the challenge to those physicists who direct publicly-funded resources to physics research programs is: Fund anyone who has the nerve and the perceptiveness to want to work on POFCS. The public could use a better return on investment.