You are here: Home > The Empire Strikes Back: The battle about how the universe began

The Empire Strikes Back: The battle about how the universe began

More and more physicists are starting to ask: How did the universe begin?

Now a battle is breaking out among them. It is about “The Force” that some say flattened out the universe before the Big Bang. This force is called cosmological inflation. The establishment (dare I call it Empire?) claims it is ‘the dominant paradigm in cosmology.’ The Rebels could change how we think about the universe and its origin.

Inflation is not easy to describe. It is not a single theory. Rather it is a zoo of many models that use fancy math to explain odd properties of the universe. These models have certain things in common: One is the assumption that the universe began with an inflaton field. (What’s this? Don’t ask. There is no satisfactory answer.) This field is bent into a peculiar shape such that, 10-39 seconds after beginning, the universe starts to expand with incredible speed (far faster than the speed of light). After 10-33 seconds this expansion stops. Tuned up, this scenario could (proponents say) lead to the universe we see.

But then Steinhardt started taking inflation down!

Soon there were three Rebels: Steinhardt and his colleagues Anna Ijjas and Abraham Loeb. For years now they’ve been explaining why inflation is not science. For example, in 2014 they published a critique of inflation in a leading physics journal. 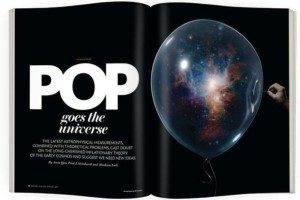 In January of this year the dispute burst into public view: The Rebels wrote an article called “Pop Goes the Universe” for Scientific American. In it they said two things they’ve said before.

First, the outcome of inflation is incredibly sensitive to the initial condition (the state of the universe before inflation began) but this condition is unknown, so the outcome can’t be calculated, not even approximately.

Second, inflation results in an infinite multiverse, an endless spawning of forever-branching regions called eternal inflation. In these regions, one finds all kinds of physics, ‘an infinite diversity of outcomes’, so inflation predicts nothing because it predicts everything. Guth himself once said, ‘In an eternally inﬂating universe, anything that can happen will happen; in fact, it will happen an inﬁnite number of times.’

In June the Empire struck back with a letter signed by Guth and Linde and a list of heavy-hitter friends, names to conjure with, including Stephen Hawking, Lawrence Krauss, Martin Reese, Leonard Susskind, Stephen Weinberg, Frank Wilcek, Edward Witten and two dozen more. They seem aggrieved by the public criticism of inflation; yet do not really address the Rebels’ points (as the Rebels point out in reply).

As readers of Science Seen will know from a post almost three years ago, inflation is just one of three ways fancy math can lead to so-called multiverses. They’ll also know that all three ways are phony physics.

So, what is inflation’s siren song and how come serious physicists succumb to it?

Sad to say, the problem may be religion. Inflation is a way to play with what goes on before the Big Bang without trenching on the wretched question of the original condition (among physicists, a notoriously religion-related question they strive to avoid). Indeed it stays well away from the beginning of the universe—if something as short as 10-39 seconds can be called ‘well away’—because, as Guth said ten years ago: ‘some physics other than inﬂation is needed to describe the past boundary of the inﬂating region.’

Readers of Time One will know that, if one begins at the beginning, the original condition turns out to be very simple and there is no need for fancy math to explain those odd properties of the universe. 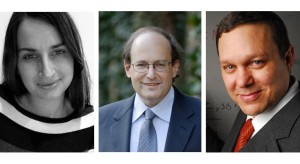 In my view Ijjas, Steinhardt and Loeb—aptly tagged as Rebels—have done a service with their latest publication. There is wide public interest these days in issues like what happened before the Big Bang and, yes, even multiverses. It’s fine to publish in prestigious places like Physics Letters B, but less lofty outlets like Scientific American can make such issues more accessible to a wider public.

And scientific debates can benefit from the fresh air.