You are here: Home > Here’s a way to fix a big problem that is holding physics back

Physics has a fundamental problem. In studying space and things in space, it needs to make measurements.  To do this it needs some kind of ruler. It’s called a “metric”. There are many useful metrics. So before doing anything physics must choose the metric to use. The problem then is physics is not studying the properties of space; it is studying the properties of the metric. This is obstructing a huge economic opportunity. A solution is at hand.

If the concept of the metric sounds esoteric let’s take a look at it in economics. Economists too make measurements and so need some kind of ruler. ‘The economy is growing,’ they may say. What do they mean? Well they may use a metric called Gross Domestic Product or GDP. A country’s GDP is the market value—expressed, let’s say, in constant US dollars (which are like the inches of a space metric)—of all goods and services it produces in a year. Track these values, add them up and you get a number that is bigger than last year’s. But there are many variations on the GDP theme and they can result in various answers to a given economic question.

Plainly many in the USA are not happy with the economy though the GDP is growing. Seeking more useful answers, some people use strikingly different metrics that are less widely accepted, such as Gross National Happiness or GNH.

Until the mid-1800s physics used the Euclidean spatial metric. Today most physics is based on a Riemannian metric called the FLRW metric. Countless physics papers study details of the behavior of this metric. Most lose sight of the fact that this is what they are doing. They are almost always couched in terms of spacetime.

Some of the FLRW metric’s details hold interest and even value. But overall, physics has been in the doldrums for forty years. This is a fundamental reason why the economy is settling into a long-lasting slump. As Blackberry co-founder Mike Lazaridis said while launching the Perimeter Institute for Theoretical Physics (PI): ‘We need a new discovery.’ 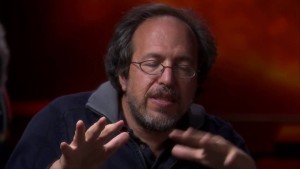 American physicist Lee Smolin is a faculty member at PI. He worked closely with Australian physicist Sundance Bilson-Thompson who discovered the ultimate indivisible atom eight years ago. Yet Smolin has dropped the subject.

He is a leading advocate of background-independent physics like quantum gravity, which has no arbitrary metric. (Well, almost background-independent; he does tend to get a bit confused about this. Maybe this is why he does not seem to see that new discovery.) Ten years ago he said: ‘We need a theory about what makes up space, a background-independent theory.’ He wrote about how hard this is: Where does one start to do physics with no space to do it in and so no metric? Bilson-Thompson’s atom provides a new foundation for both space and matter. It offers progress on a path to background-independent and metric-free physics that was anticipated by a famous German mathematician, Bernhard Riemann, some 170 years ago. He foresaw that space may be made of tiny pieces—ultimate indivisible atoms. In this case, he said, no arbitrary metric is needed; just count the pieces.

One could view this as a digital metric. But it’s not our arbitrary choice; it’s the universe’s choice. Studying this metric is studying the properties of space.

New fundamental physics is gas in the economic engine. It can offer our down-in-the-dumps world hope for better economic days to come.

Lee Smolin (2006), The Trouble with Physics: The Rise of String Theory, the Fall of a Science, and What Comes Next, Boston: Houghton-Miflin Company, p. 239.