You are here: Home > Clues > The Problem of Two Theories

The Problem of Two Theories 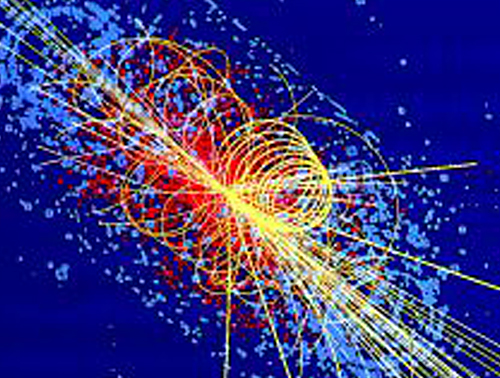 General relativity and quantum mechanics are both successful theories yet they describe two different kinds of Universe where there is only one.

This is disturbing. One theory, or even two that are compatible, would be much better. Having two that don’t agree would be okay if one is wrong. But while each has its problems, each is too successful to discard, at least until there’s something that can take its place. Evidently theories are the kind of thing where two are less than one. The problem becomes even worse when they describe the universe. Neither is up to the task.

The solution to the Problem of Two Theories is to find just one that explains everything. It’s possible that Quantum Gravity could be this theory but QM and GR, the best-accepted routes to QG, never seem to get there. How does one start? Or is this too a clue? If QG―whatever that is―is the one and only theory of the universe, wouldn’t it begin with the Beginning?