You are here: Home > Clues > The Problem of the Special Frame

The Problem of the Special Frame 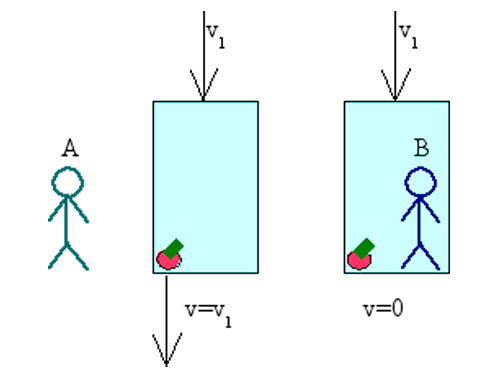 How does an observer know if an object is moving? Using a frame of reference she measures, waits, and measures again. But how does she know the frame itself is not moving? Thanks to the earth rotating on its axis and revolving around the sun, whether standing on the sidewalk or riding in a bus, every observer is in motion.

Galileo said the true unmoving frame of reference (or “special frame”) does not exist and that all motion is relative. Or is it? If the Universe began at one point, perhaps that point could be the special frame of reference. But can one find it? Recent physics found, not quite that point, but a fantastic picture―radiation from right after the Big Bang. The picture’s colors change as cameras move toward or from the radiation’s source. This leads to a special frame: A spaceship trims its speed until the color is the same in all directions.

Looking out the spaceship porthole, does it sit in something that’s unmoving? Of what could it be made?