You are here: Home > Clues > The Problem of the Cosmic Constant

The Problem of the Cosmic Constant 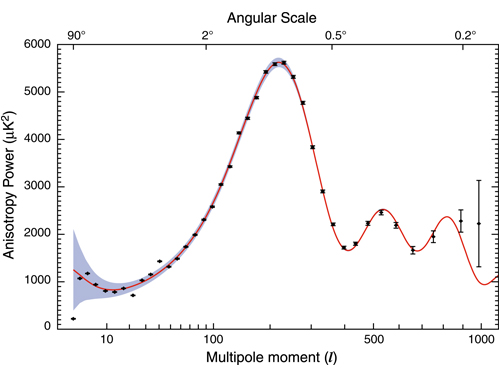 The cosmological constant has hovered in the background of cosmological theory ever since Einstein first put it forward, causing worry to some and solace to others.

In 1917, Einstein’s tuning up GR. In his head he wanders round the universe trying out assumptions at its edges, checking consequences, killing anything that will not fly. He still thinks of the universe as having no beginning. He still pictures it as in a static state. His equation’s giving him a headache. It describes a universe that is unstable. Gravity may drag it down in a Big Crunch. So he figures that it needs adjusting. He adds an extra term, a famous fudge, a kind of universal antigravity. He sizes it to cancel gravitational attraction of the universe’s mass. He calls it the Cosmological Constant, represented by the symbol lambda: Λ.

Bye-bye Big Crunch. Hullo to a bunch of problems.

Einstein himself sets off the further fuss a few years later, after Hubble shows the cosmos isn’t static. It’s expanding. Einstein reverses his position, saying lambda is his ‘biggest blunder’. Having fathered it he tries to kill it off.

Well, as it turns out, it’s not Λ that’s the blunder. The blunder is his change of mind. Or so it seems. The latest version of the Λ story says that it may be Dark Energy. Or vice versa―as if one label for the unexplained explains another. But its central problem’s simple: Still-born but of late reincarnated it has ever been a number seeking an idea. It’s a cosmic rebel looking for a cosmic cause.  It’s an enigma. Discarded some eighty years ago, it now seems central to our understanding. It’s in almost all of the equations of cosmology. It may be the universe’s most important number. The latest data say that it is very small but real. That it tunes the contents of the cosmos to fantastical precision just to keep it balanced on its razor edge does not make much sense.

So the clue from Λ is: It is. But then what is it?