You are here: Home > What’s the West Antarctic Ice Sheet to You? Depends Where You Are!

What’s the West Antarctic Ice Sheet to You? Depends Where You Are! 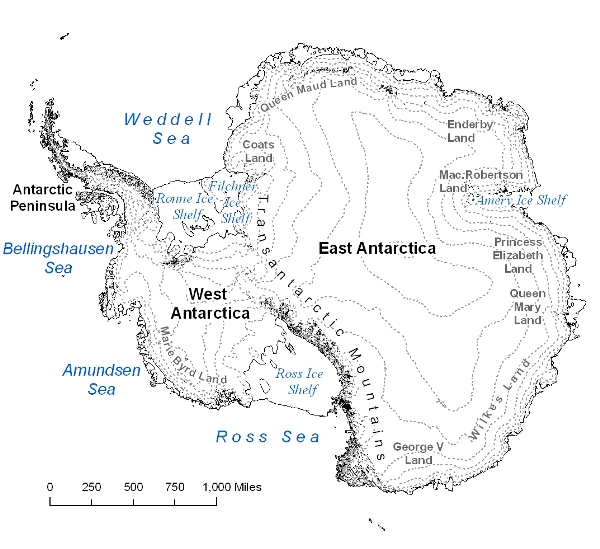 It’s not a new concern. Forty years ago reinsurer Munich Re warned of such hazards. So, why now and what’s this to you?

There’s more to this than meets the eye. Those glaciers are part of the West Antarctic Ice Sheet. Years ago I traveled there. More than mere glaciers, the WAIS is vast beyond imagining, maybe a million square miles. It is a marine ice sheet, meaning its two million cubic miles of ice sit on rock below sea level. David Vaughan, director of science for the British Antarctic Survey, explains:

With a bed below sea level, the ice sheet is anchored to its bed only because it is too thick to float. WAIS is the only significant marine ice sheet left on Earth, and it was suggested that this is because marine ice sheets are intrinsically unstable. 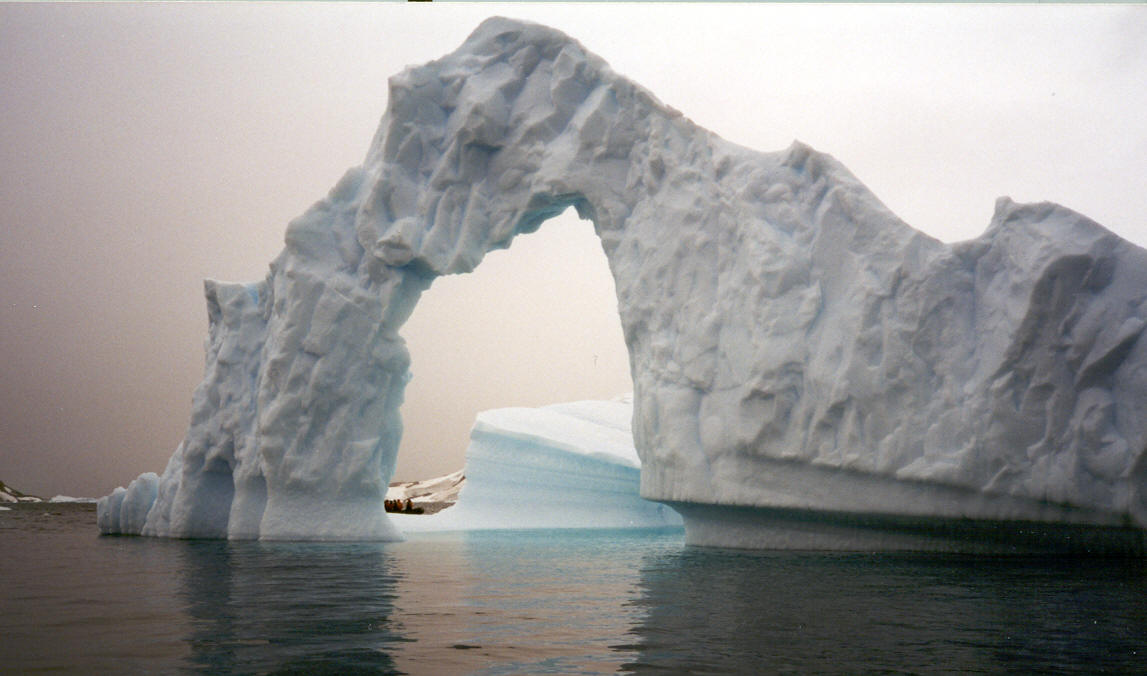 So this is more than glaciers and more than melting. The instability’s like rot in the WAIS foundations.
(Ice may move suddenly when unsupported so our Zodiac stayed well clear of that ice-arch, which incidentally is a chip off the WAIS block.) The reason for instability is known. American science writer Richard Kerr says:

An unmanned autonomous submarine has discovered a sea-floor ridge that may have been the last hope for stopping the now accelerating retreat of the Pine Island Glacier, a crumbling keystone of the West Antarctic Ice Sheet. The ridge appears to have once protected the glacier, but no more. The submarine found the glacier floating well off the ridge and warmer, ice-melting water passing over the ridge and farther under the ice.

In other words, the problem isn’t merely glaciers a-melting; it’s that the WAIS is slowly falling in the sea. Sea level goes up when ice falls in (not when it melts after floating; add ice to a drink until the glass is full, then watch). How much will sea level rise? Clearly this depends on how much ice falls in, but some worry most or all of the WAIS may collapse. ‘That’s enough ice to raise global sea level by more than 15 ft.’ says science writer Bryan Walsh.

Well here’s another bit you can surprise your friends with: The unstable ice will not raise global levels more than 15 feet and on some shores the water will go down! This needs careful physics (and not all the physics you can find on this is careful). The WAIS is so big its loss not only remaps a continent, it modifies the Earth’s gravitational field and even reshapes our near-sphere planet. British physicist Jonathan Bamber and three colleagues take a careful look at all the factors. They find that loss of the WAIS’s gravitational tug on water near Antarctica causes a local decrease in sea level. If you’re buying beach-front you might want to buy it there. Because elsewhere sea level will rise. How much? About 6 feet in Ushuaia, for example. I’ve been there too and I feel sorry for them; they’ll need new docks for sure. Peak increase is about 13 feet. Bamber and colleagues conclude:

[Sea Level Rise] is not uniformly distributed, and we find the peak increases lie along the Pacific and Atlantic seaboards of the United States.

That puts Washington’s Reagan airport underwater. Vancouver’s too. Lots of people to feel sorry for.

How long will it take? There are some guesses but nobody really knows. Nobody can answer a simpler question: When will that ice-arch fall?