You are here: Home > Understanding time travel . . . and travel time

Albert Einstein predicted time travel in 1905. It was demonstrated in 1971 and many times since.

The twin paradox provides a dramatic illustration of time travel: You travel to a distant star and return to find you are far into your twin’s future. No-one has done this; but it is a real effect. It has practical implications for anyone who uses GPS. You might say time travel comes with space travel—but why?

Time dilation (as it is technically known) arose from Einstein’s theory of relativity. Measurements showed the speed of light waves is the same regardless of the motion of the source or the observer. Einstein’s great leap was to take this a step further: he made it a basic law of physics.

So instead of seeing a change in light speed an observer who moves sees a change in the passage of time. Theory calculates this change but can’t explain it. It says time dilation is a consequence of assuming the constant speed of light but it has no explanation for why or how the measured speed of light is always constant.

The 1971 test sent atomic clocks around the world on commercial flights. At such speeds time dilation is tiny. In a lifetime of flight a pilot might move a hundred milliseconds into the future. But time travel is soon substantial when moving anywhere near the speed of light.

Understanding time travel starts with understanding time. Today’s physics offers no such understanding; indeed, fine physicists publicly confess to being baffled. The concept of time was never very clear but it started to unravel after Einstein wrote about relativity. He said time is given by a clock. This sounds pragmatic; but he believed clock time was something fundamental.

Clock time took physics onto a detour that still causes problems. German mathematician Hermann Minkowski used Einstein’s equations to devise spacetime. Spacetime can be convenient, but it mixes space, which is real, with time, which is a human invention. At first reluctant, Einstein later went along with spacetime and used it to formulate his math. But its mix of space and time leads to a conceptual quagmire.

Today spacetime is all but ubiquitous in physics texts; it leads to endless confusion. One small slice of this confusion is our trouble understanding time travel. The first key to clearer thinking is: Time travel isn’t about time; it’s about travel. Without travel (i.e. motion) there is no time dilation. 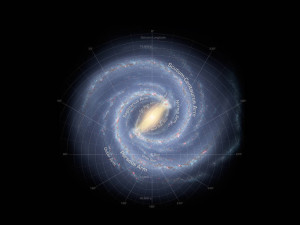 Back to Einstein’s definition: let’s dispense with time and consider clocks. “Clock” here has a wide definition: it means anything that changes in a more or less regular way. Thus a person is a clock, though maybe not a very good one.

Time travel means a moving clock slows down. Note that (if you are the clock) the travel always takes you to the future. Your direction in space makes no difference. You can’t travel to the past.

A thought experiment may now make things clearer. Let’s send you off at light speed to the black hole at the centre of the Milky Way, loop you back with its fierce gravity and so return. It’s a 50,000-light-year round-trip journey. (Of course in principle you can’t get to light speed but can get as close as you want.) Your journey takes almost no time at all. You arrive home in about an hour and find your twin long gone. Indeed 50,000 years have gone by back here on Earth. Though the example is extreme, well-tested theory and many measurements confirm that this effect is real.

The shortness of your jaunt does not surprise you. As relativity dictates, at near light speed you saw that 25,000-light-year distance each way shrink to less than a mere billion miles. 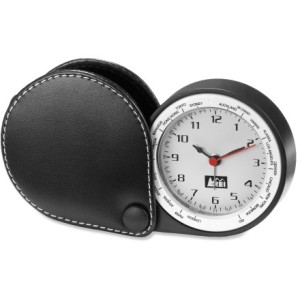 This marvel of the role of relativity is often challenged on relativistic grounds: How does the universe pick you—and not your twin—to boost into the future? Surely the principle that motion is relative means we could equally say your spaceship stood still while your twin (and Earth) took the time-shifting journey. The example is designed to ease the way to see the fallacy. There is no such symmetry between twins in the story. We know who went away and who stayed “stationary”. We see you are the traveler when you (and not your twin) turn back to make Earth rendezvous.

This relates closely to another question: When does the 50,000-year time shift happen? The answer is: The entire shift occurs as you turn back, switching from one so-called “inertial frame of reference” (near light-speed away) to another (near light-speed homeward). But the size of the time shift depends upon how far you travel.

What does this reveal about the nature of the universe? It tells us time is far from fundamental. This seeming-strange phenomenon is all about traveling clocks: Relative motion of a clock slows down, relatively, all motion in it.