You are here: Home > Just Don’t Bug Me: Infection Control in a Distant Realm

Just Don’t Bug Me: Infection Control in a Distant Realm

Just Don’t Bug Me: Infection Control in a Far Country

Back to Priština, new capital of a new country, Kosovo. Our hadrons lost an argument about occupying space on a crosswalk. We’re taxi-struck and dazed. Ambulance doors open. Sign says Emergency.

Another sign, University Clinical Center of Kosova, is the only other English sight or sound amid a mix of patients, nurses, doctors, family members, who all speak Albanian. Otherwise it could be an emergency ward in America. Or so I think.

I am sore but okay. A leap into thin air before the impact saved my bones. Soon my wife is vital-signed and blood-typed, X-rayed and then CAT-scanned (ambulanced to there and back). I can see the double pelvic fracture as her doctors chatter at the X-rays on the light box on the wall. 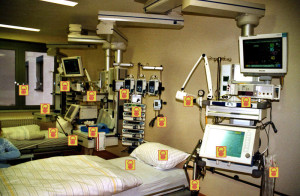 The osteopathic ward’s a nightmare at first sight. Potholes in the floors of dingy halls. Five beds crammed into each two-bed room. Without a blanket unless you bought one before you arrived. Window that won’t shut, and it is cold. Antiquated room equipment. Absence of basic supplies. Relatives add to the crowding; they are the providers of most patient care. So I’m thinking, as she’s lifted from the gurney, that this place is perfect for infections, sub-type hospital-acquired. I know they are so normal they have their own labels: nosocomial and HAI.

Every nosocomial death can be prevented with existing remedies. For example, enter stage left, soap. Though quantum-based, the physics of hand-washing’s easy: A soap molecule has two ends; one of them likes water and the other one likes dirt. Soap doesn’t kill bugs; it helps water to remove them. Wet hands, soap them, rub until the soap’s washed off. Most of the bugs go with it. Most of the bugs is often good enough. 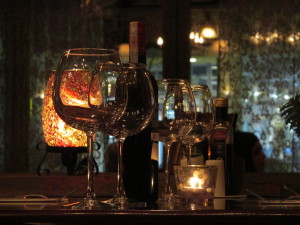 Estimated saving from not killing people with HAI in the U.S.: half a trillion dollars in a decade. Yes, Carl, that’s $500 billion with a ‘b’! Looking round, my thought’s illogical: This clinic in Priština could put a few million to good use.

Come evening, my wife is offered bread and thin potato soup. Guiltily I dine well in an inexpensive but sophisticated Brasserie.

In the next few days I am astounded. These Kosovan doctors are top-notch. And this dingy-looking hospital is squeaky clean. The primitive cold-water basin in the corner of each room is disinfected many times. The uneven floors are washed and the cracked window ledges wiped each day. The head nurse even checks the light fixtures for dust. Before they touch a patient, nurses don fresh gloves. Family members often wash their hands.

Fact is, this place has the best infection control I have seen―and I have seen some―using little more than soap.

Five days later my wife is discharged with mending bones and no bad bugs. The total bill is just over a hundred bucks. I ponder this as we make plans to get back to America, where hospitals that cost much more kill patients as a matter of routine.

Centers for Disease Control and Prevention (2014), “Healthcare-Associated Infections in the United States”; https://www.youtube.com/watch?v=-FfMCv8FUXI&feature=youtu.be

Bobbyoblog (2011) “Carl Sagan – Millions, Billions and Trillions. All the illions from Cosmos and in order”, http://www.youtube.com/watch?v=HZmafy_v8g8