You are here: Home > Clues > The Troubles with Times

The Troubles with Times 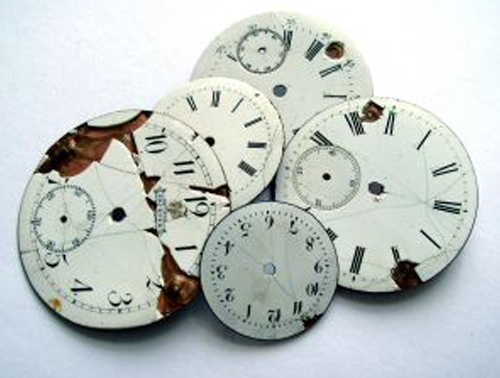 Now the rift between the time of physics and the time of experience is reaching its logical conclusion, for many in theoretical physics have come to believe that time fundamentally does not even exist.

In 1687, Newton said, “Absolute, true, and mathematical time, in and of itself and of its own nature, without reference to anything external, flows uniformly and by another name is called duration.” Today physics defines other types of time. But no one can be sure that any one of them is real.

In 1905 Einstein’s special relativity proclaimed that clocks go slow depending on how fast they move relative to an observer. For example, unstable particles decay more slowly zipping through the lab than resting on the bench. SR also said an astronaut, who travels to the nearest star and back, will come home younger than a stay-home twin. A round trip in ten years will find the twin has aged by thirty. Atomic clocks with circumglobal tickets showed a smaller but precisely-as-predicted slowdown. SR portrayed a world in which times past and future simply are, just like all places north and south. In 1915, general relativity said clocks tick faster on a mountain top than in the valley; and they do. Today the clocks in GPS satellites need two corrections: one, for SR, as they run slow on account of speeding and the other, for GR, as they run fast on account of being high. After Einstein time becomes a sometime thing, no longer moving futures uniformly into pasts.

Jay Kennedy says, “At what speed does time flow? One hour per hour? Newton does not answer these questions.” John Barrow says, ‘The existence of time is a mystery. There is no use for it.’ That its existence is a mystery should be a clue.

The Troubles with Strings
The Vacuum Catastrophe