You are here: Home > Clues > The Problem of the Missing Holes

The Problem of the Missing Holes 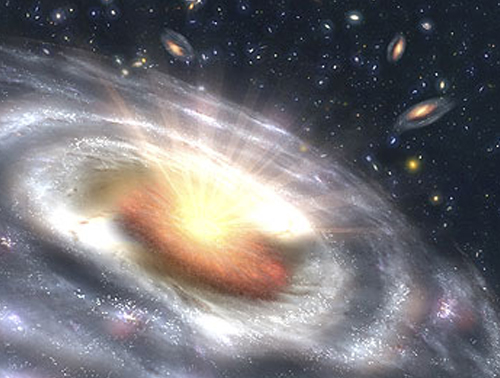 Black holes have a bad reputation. In many ways, it is deserved. They are the most efficient engines of destruction known to humanity.

A black hole’s said to be a mass that has no size, a singularity in popular disguise. Indeed black holes are mostly said to be. Maybe they don’t exist or maybe they’re not singular. No one’s seen one; maybe no one ever will.

So why do they believe? Well, in 1915 Schwarzschild uses general relativity to show black holes might exist. In 1970 Hawking and Penrose show they must exist. Then astronomers found distant odd behavior they explained by assuming big black holes.

But now it seems that big black holes may have a largest size. It’s one five-hundredth of the masses of the galaxies they occupy. It’s as though the government kept taxes to a maximum of 0.2%. Why? A black hole at the center of a giant galaxy may have the mass of several billion suns. It eats gas, dust, stars and even other big black holes for some five billion years. What keeps it from obesity?

So where did all the biggest of the black holes go? What if they waste away, the bigger faster? Then the Problem would be: How?