You are here: Home > Clues > The Problem of Kaluza and Klein

The Problem of Kaluza and Klein 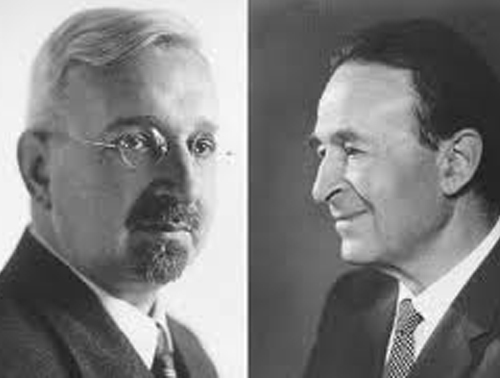 In 1921 Einstein presented to the Prussian Academy a paper by Theodor Kaluza … in which the gravitational and electro-magnetic field are geometrically unified in five dimensions.

In the 1920s two mathematicians, Theodor Kaluza and Oskar Klein, had an idea: What if there’s an extra space dimension? They wanted to unify the fundamental forces―the only two known in their time―of electromagnetism and gravity. They thought a fourth dimension ought to do the trick. It almost did.

Where is this fourth dimension? K-K said it has collapsed so that it is too tiny to be seen. Thus K-K space looks just like 3-D space. But it makes amazing math. It does gravity like Einstein. And electromagnetism just like Maxwell, both! Even Einstein is impressed. All this from a fourth dimension?

K-K came with one condition: The tiny size of that fourth dimension must be fixed. This turned out to be terminal. Relativity says the size, the very shape, of space can change. How can the fourth dimension be exempt? The verdict’s swift: It can’t. K-K space bites the dust.

So, what’s the K-K Problem? Well, dumping it no longer looks as good as it did then. Could it be K-K got a bad rap? That fourth dimension worked so well. It was a key step to string theory. Was it dumped for the wrong reason? Could it be a clue?