You are here: Home > Clues > The Problem of Inertia

The Problem of Inertia 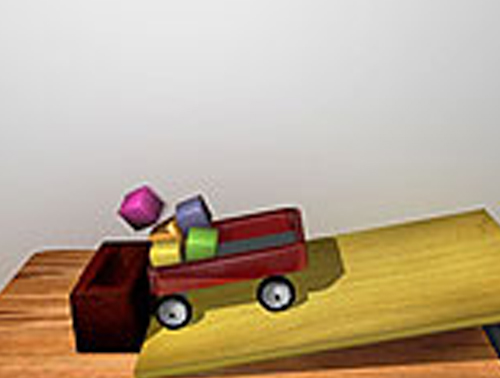 [T]he origin of inertia is and remains the most obscure subject in the theory of particles and fields.

For physicists, inertia’s the resistance of a body to any change in its state of motion. Newton, Mach and Einstein wrestle with it through three hundred years. None can pin it to the ground. It seems simple but it is sublime.

Newton’s First Law says that any body stays at rest or keeps on moving uniformly if it isn’t pushed or pulled. But why? He spun a bucket and he watched the water in it. Soon the water too began to spin. As it spun its surface curved. Then he stopped the bucket but the water kept on spinning and its surface was still curved. He thought: The surface doesn’t curve because the bucket spins. It curves because the water spins. He wondered: How does it know that it is spinning? Spinning relative to what?

Aside from who proposed the principle, is it true? If so, no one knows why. It’s an oddball explanation for a property as fundamental as inertia. Why can no one pin down what it is?