You are here: Home > Clues > The Riddle of Rotation

The Riddle of Rotation 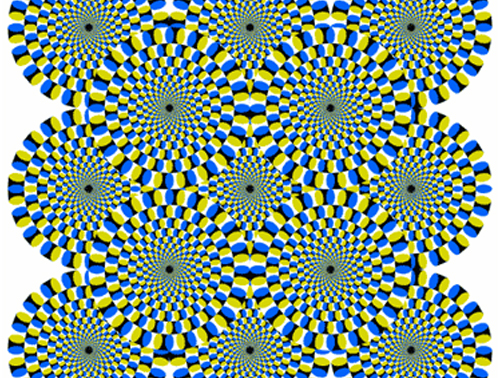 Newton, Huygens, Leibniz, Berkeley, Maxwell, Kant, Mach, Poincaré―these are names to conjure with. The fact that not one of them was able to provide a coherent theory of the phenomena of classical rotation is at first blush astonishing.

Is rotation absolute? In 1689, Newton sort of says so. When he does his water-in-the-bucket thing he thinks of trying it in space. He knows in zero gravity the water will just slosh all over. So he thinks of rocks tied to a rope and sets them moving in opposite directions. Each tries to go straight so the rope is taut. Each is orbiting the other. He knows that they―not he―rotate. How so? Well, he can see the stars.

He imagines doing this where no stars can be seen. He figures even here the rope between the rocks is taut. What do rocks know of stars? He concludes rotation must be relative to space. It supports his thought that space is absolute. Not space as just a place where there is nothing, space as something.

Einstein begins his 1915 paper on general relativity, with a lesson―learned from Mach, he says. This lesson, Einstein says Mach says, shows that in an empty universe―one with no distant masses―Newton’s water in the spinning bucket would stay flat. Einstein says this shows why GR’s needed. But now it seems Mach never did say that; and GR shows that if he did then he was wrong. If Newton were to spin his bucket in an empty universe GR says the surface of his water will be curved!

One way to view the Riddle of Rotation is this bucket contradiction. Another relates it to space. Einstein’s widely viewed as getting rid of absolute space but now GR brings it back. Is it absolute or not? Whichever way it is today it must have got that way in the beginning.

The Reason for Smoothness
The Singularity Problem