You are here: Home > Clues > The Problem of Filling Space

The Problem of Filling Space 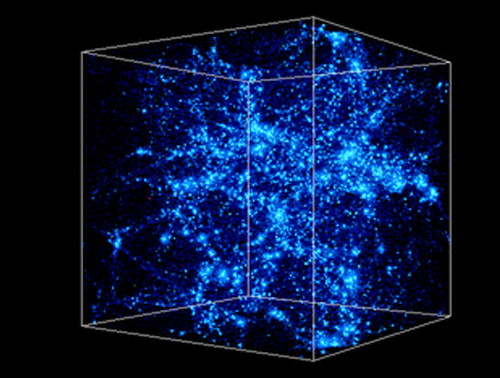 The classical form of the Big Bang theory requires us to postulate, without explanation, that the primordial fireball filled space from the beginning.

Newton’s universe did not fill space. He felt a need to say the universe is finite. He didn’t feel the same way about space. Much later Einstein said this can’t be right.

Nowadays few doubt that matter must be found in every reach of space. Hubble showed that galaxies fill what we call the universe. He showed too that all space is expanding. Expansion doubles distances to distant galaxies in thirteen hundred million years.

Thus the furthest galaxies that we can see are leaving us at close to the speed of light. Not through space; space is leaving with them. Any that are further from us must be going faster so we can’t see them at all.

Even physicists find this confusing. There may be much more universe than we can see. In fact, cosmologists assume most of the universe is past the limit of our vision. Space has been expanding for a long time. Galaxies went with it for the ride. Guth is saying all of space, not just the part we see, has matter in it. Space and matter go together. But nobody knows how it got to be that way. This is the Problem of Filling Space.