You are here: Home > Clues > The Problem of Dark Energy

The Problem of Dark Energy 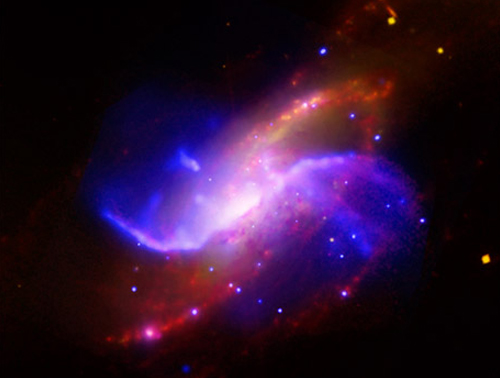 We know even less about dark energy. It seems to be spread out perfectly evenly, with the same density everywhere and everywhen, as if it were an intrinsic property of space-time.

The total matter that behaves like mass amounts to only 27% of what measurements tell physicists must be there. So 73% of all the matter in the universe cannot be found. That it’s missing is a problem. It’s as big as problems get.

It’s called Dark Energy, a term for what physicists know they do not know: They can’t see it and it isn’t mass. As Wilczek says, it behaves as if it’s spread evenly throughout the universe.

It is the biggest item in the universe. It’s more than half of all there is.

Even the idea that Dark Energy is energy is up for grabs. The reason it’s called energy instead of mass is that it doesn’t clump with gravity. In other words it behaves more like photons or maybe, as Wilczek says, like a property of space-time.

The Problem is that physics can’t explain the origin and properties of seven-tenths of everything.