You are here: Home > Are we alone? Winston Churchill penned a scientific answer almost 80 years ago. New discoveries show he was right.

Are we alone? Winston Churchill penned a scientific answer almost 80 years ago. New discoveries show he was right.

Is there life out there? has long been an issue. Recently the issue has been shifting to: How many planets harbour life?

Winston Churchill (with whom I’m proud to share a publisher) was among the first to ask this question. In 1939—shortly before he became Prime Minister of Britain—he penned an unpublished work of careful science whose title asked: ‘Are We Alone in Space?’ (It was published under a new title three years later while he strategized winning the Second World War.)

A lifelong student of science, Churchill knew astronomers had by then found our galaxy holds billions of stars. He knew too they were finding other galaxies far from our own. He said, ‘I am not sufficiently conceited to think that my sun is the only one with a family of planets.’ He reasoned that ‘with hundreds of thousands of [galaxies], each containing thousands of millions of suns, the odds are enormous that there must be immense numbers which possess planets whose circumstances would not render life impossible.’ 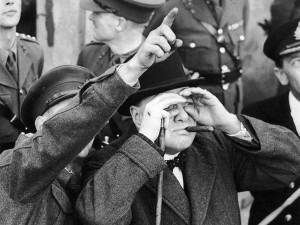 Others have long debated those odds.

While being debated, the odds got even better.

With bigger and better telescopes, estimates of the number of stars per galaxy increased to hundreds of billions. The number of galaxies in the visible universe also moved up to hundreds of billions. Recent discoveries with the Kepler Space Observatory show that planets, far from being unusual, seem to be the usual companions of stars. Many are Earth-sized and lie in their star’s habitable zone.

The latest boost comes in the number of galaxies. Detailed analysis shows there are trillions of them. The overall effect is that there are at least a billion-fold more life-supportive planets in the visible universe than there were known to be in Churchill’s time. 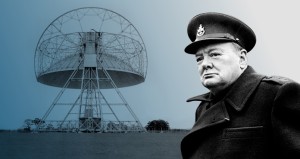 Recent studies here on Earth show that life started about four billion years ago, soon after there was liquid water on its surface. This seems to say that once the chemistry of life is possible it comes into existence almost right away in terms of geologic time.

The bottom line is: This no longer looks like a question of enormous odds. It looks like a slam-dunk certainty.

So the central issue is switching to: Is any of that life intelligent?

Having given Churchill the first word, let’s give him the last: ‘I, for one, am not so immensely impressed by the success we are making of our civilization here that I am prepared to think we are the only spot in this immense universe which contains living, thinking creatures, or that we are the highest type of mental and physical development which has ever appeared in the vast compass of space and time.’