You are here: Home > A Foundation for Building Real Physics (At Last)

A Foundation for Building Real Physics (At Last)

Physics has two great theories, general relativity and quantum mechanics. Each does very well in its domain. That is nice but plainly isn’t real. Each is fundamentally at odds with the other. And neither of them works at all with the conditions that existed when the universe began.

How can we find a single theory that works for everything? That is: How can we build physics that is real?

As American mathematician and philosopher John Baez (yes, he is Joan’s cousin) once noted, American physicist Lee Smolin insists such a theory must start with no background. In other words, it must start with no space and no time. So you might think the theorists would look to the beginning of the universe. But they don’t. The problem seems to be a mostly unspoken consensus that the beginning belongs to religion. As I have said before, I disagree. This looks like a phony problem. For hundreds of years the world has accepted that religion can’t dictate the bounds of physics. 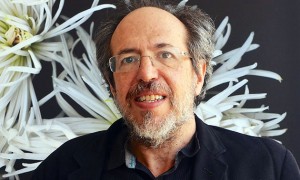 But there is a real problem. As John Baez also says—with masterly understatement—if you take Smolin literally background independence ‘can lead to problems.’ Smolin himself has been known to waver. If you must start with no space you are left one wondering where to park your thoughts let alone how to find the fixings for a theory. As philosopher of physics Dean Rickles explains (quoting Italian physicist Carlo Rovelli), ‘Everybody says they want background independence, and then when they see it they are scared to death by how strange it is.’

So the consensus seems to be: Gotta get there BUT don’ wanna go there.

I call this the Background Problem: It is impossible to build a universal theory within a background; but it also seems to be impossible without a background. Is this a real problem? Let’s take a closer look.

Given that a theory without background is essential, it is curious how little has been written about what this means. Smolin may be the most specific; he says the only properties allowable in such a theory ‘are relationships between its elementary entities.’

Just a moment Lee! Elementary entities? Where did they come from? If the theory starts with a bunch of entities—elementary or otherwise—each entity exists against the background of the others; so such a theory sure is background-poor but is not background-free.

Physics needs to tackle this issue head on. It’s not really that difficult. Let’s think it through. A real theory can’t start with nothing because if it’s truly nothing and not just another background in disguise it leads only to nothing. Thus if a real theory can’t start with more than one elementary entity and won’t work with none of them then by elimination it must start with exactly one. That is, to really have no background there must be only one kind of entity and there must be only one of them.

Where does this leave its relationships? This entity has the ‘self’ relationship; in arithmetic we call this concept ‘one’.

In order for anything more to exist (which we observe did happen) this entity needs the property of replication. That is: One gives rise to two.

It’s amazing where this simple setup is able to lead us. Like, to everything.

In other words, the problem that I called the real problem is actually easy to fix. But at the cost of kicking us into the other problem: that single elementary entity is by definition the origin of the universe. This concept, that there was a single original entity, was first proposed* in a 1931 letter to the prestigious journal Nature from Belgian physicist Georges Lemaître (whom we remember these days as the father of the Big Bang theory). Physicists all over town rushed to distance themselves from it. (It was most unfortunate for the progress of science that Georges Lemaître happened to also be a priest.)

This leaves us all to wrestle with the other problem: the unscientific aversion for taking that most obvious of steps: beginning at the beginning. If this is the real problem it is impacting our world profoundly; so why not ask a physicist near you?

*But note: The narrator in my book Time One ties this honor to Edgar Allan Poe in 1848.

Coming soon: If we were to take Lee Smolin seriously we’d likely ask: What was that elementary entity?