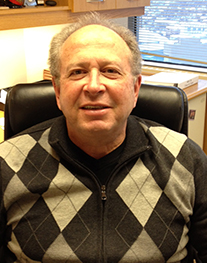 Robert is a Canadian lawyer with the Winnipeg firm of Aikins Macaulay and Thorvaldson. He read the manuscript and offered comments.

Colin and I practised law at the same law firm for almost two decades. During that time we worked on many major projects together. In itself, that was surprising as we were so completely different. Colin came from the world of science, a PhD in quantum physics, someone who viewed life through a scientific lens. He believed the world was logical and the actions of people could be explained. If something was 99% right, it was still wrong. On the other hand, the last science course I ever took was grade 10 biology, I took Latin and orchestra instead of physics (I should have taken typing) and I came from the world of political campaigns. I believed that little in the world was logical and that people were driven primarily by emotion and self-interest. We were Mutt and Jeff.

My family was taken by Colin. My wife, Miral, always mentioned how Colin appeared so much younger than his actual age, he was tall and good-looking with dark hair, he was trim and he was interested in so many interesting topics. After hearing that for the umpteenth time I responded that maybe Colin’s youthful appearance and approach to life had something to do with his much younger and exotic girlfriend (now wife). Miral turned to me and said: “maybe you’re not so bad”. Our three sons thought Colin was a super-cool dude because he drove an old white Lotus Europa in the summers. This is quite an accomplishment for Winnipeg, with its myriad of potholes that can swallow any moving vehicle.

Colin and I worked on one major file together from 1991-1998 with an incredible team of people from divergent backgrounds: retired military people, scientists, engineers and environmentalists. We were going to build the world’s first commercial spaceport, SpacePort Canada, in Churchill, Manitoba, to launch commercial satellites into orbit. The leading companies were looking at establishing constellations of small satellites in low earth, circling the globe 300 miles above the earth. These would replace the large satellites (each costing $250-350 million) in geostationary orbit, fixed at the equator about 20,000 miles from Earth. There were many fascinating aspects to SpacePort Canada and Colin and I spent a considerable amount of time together. On one flight home from Montreal I asked Colin what he did in his spare time. Well, he still wrote computer programs. And he was going to write a book on Einstein and the Theory of Relativity. I laughed: “What are you going to say Colin, that Einstein was wrong?” “Oh no,” he said, “Einstein was right, it’s just that he was interpreted incorrectly.” I chuckled. “How long will it take you to write it?” I inquired. “Well, I’ve been thinking about it for about 25 years and it may take me another 25 years.” I took the bait. “When do you think about it?” I asked. “Mostly in the shower,” he responded. I thought I was glad I wasn’t paying his water bills.

Fast forward to the summer of 2008. I had moved to a different firm and Colin retired from legal practice. It had been years since we last spoke. We met to catch up over lunch at Santa Lucia. What was he doing to pass time? Well, of course, he was writing his book on Einstein and the Theory of Relativity. He had spent months and months and months on the book. Day after day. I was shocked but not surprised. Colin has always been incredibly focused and disciplined and stubborn. I was intrigued and told him to keep me posted.

Over the winter I became involved in a major project for the Hebrew University of Jerusalem. I sit on the Board of Directors of the Canadian Friends of Hebrew University and am also an Associate Governor of the Hebrew University Board. They asked me to lead a major project and I told them that I was prepared to do so provided I had a commitment from the President of the University and the Head of the Institute for Medical Research Israel-Canada to commit the necessary resources. I asked for a meeting with them before I would commit to the project. I whisked out of Toronto on a Thursday night in March, 2009 and was to be back in Winnipeg at 8:30 a.m. the following Tuesday. A whirlwind trip. Our meetings took place on Sunday morning and that night I was invited to a special reception of the National Academy of Sciences in Jerusalem. For the first time ever, they were releasing Einstein’s paper on the Theory of Relativity. Each page of the actual manuscript was encased in a special temperature and light controlled vessel. There they were, the actual handwritten pages with corrections in the text and notes in the margins. It would be available for special viewing for two weeks only and then the manuscript would be returned to the vault. “Why only two weeks?” I asked. They shrugged. In the reception area they had brochures for a book that would contain a copy of each page of the manuscript. The book was being sold in Hebrew and English. In June. For only one month. Why, I asked. They responded with a shrug. And it had to be purchased in person. Why, I asked. No one knew.

I was back in June for the Board of Governors of Hebrew University. I called the designated person at the National Academy and said I wanted to buy a copy of the book. He said to meet him outside the Academy building at a specific time. I met him, handed him the money and he handed me the book in a brown envelope. I felt like a spy. “By the way,” he said, “does your friend read German?” I didn’t know.

I returned to Winnipeg and immediately called Colin. I drove to his house and handed my dear friend the facsimile copy of Einstein’s original Theory of Relativity. He was thrilled and, as he caressed each page, I asked the one outstanding question. “Colin, do you read German?” “Of course,” he replied, “you can’t understand Einstein writings unless you read them in German.”

I should have known. Only my friend Colin Gillespie would spend so much of his life to bring one of the most critical statements of life to people in a format that no one would ever expect.

Back to Team Page