You are here: Home > A Small Problem

In recent posts we’ve touched upon the sorry state of physics. ‘Sorry state’ is not just my view; many physicists and science writers see this the same way. Physics has now all but lost experimental contact with the real world. What went wrong? How can we fix it? And why should we care?

What went wrong is simple: An excess of success; physics got too good with things that are too small. In 1896, British physicist Joseph (J.J.) Thompson measured properties of the electron. Until then, physics studied things that we could see, though some said these were made of smaller things called atoms. Physics more or less treated them as fiction until 1905, when Albert Einstein wrote about Brownian motion. You can see it with a microscope. Einstein’s paper shows how it shows atoms in action. Physics soon embraces atoms. The race is on to understand them.

Physicists can’t see an atom but they study atoms anyway. What atoms do is baffling. Skill and luck lead to quantum theory. It is new math that predicts an atom’s actions. The math comes in two competing versions. In 1927, five physicists (four to-be Nobelists, one not-to-be because he is a Nazi) cook up a story to support their version. These days some would call it a conspiracy. 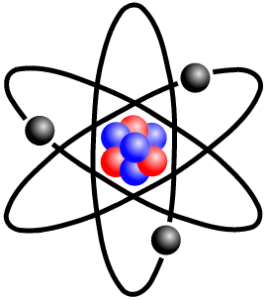 Their story’s called the Copenhagen interpretation (after the city where they meet). Their interpretation explains nothing. It says there is nothing to explain: There is no atom, ‘only a symbol’. But the quantum-theory math is amazingly successful. So physicists get on with calculating and stop wasting time on trying to explain.

Which brings us to today: We can now see a single atom. But we now smash atoms into smaller pieces. Some are thought to have no size at all. Quantum math is still successful. Physicists are still calculating; and they still don’t understand. For generations they’ve been taking their direction, not from ideas, but from math. New theories are now a dime a dozen; but testing them is horribly expensive. Physics is remote from the real world.

Worse, when theory fails experimental test (as often happens), the response is to add more—like supersymmetry—to theory in hope this will make it work. The Standard Model of particle physics by now has so many assumptions no-one can keep track. Worst of all are new so-called theories—like eternal inflation and multiverses—built on fanciful foundations and impossible to test. Their raison d’être lies in the search for explanation but they assume everything and explain nothing. They are a misuse of math.

How can we fix this sorry scene? Serious scientists (should I say once-serious?) are calling for a change in what we mean by science. Let’s forget experiments; let’s find lovely math instead? No thanks.

A century ago theory explained almost everything that was observable. A few details didn’t fit. These discrepancies unleashed a wave of fundamental physics on the world. Well, today’s theories fit both better and far worse with what we observe. Let’s not bury the discrepancies. They are an opportunity we should not miss. Why should we care? It’s ‘the economy stupid!’

Seeking ever smaller pieces of reality, the senior science, physics, is now victim to its own success. The solution, I suggest, lies in the opposite direction. We should seek not merely large, not even very large (as in astronomy and cosmic physics), but largest—the entire universe. Cosmology should take its rightful place as the new senior science. By cosmology, I mean the study of the origin and nature of the universe as a single entity, not just the sum of parts however large. In this I would be echoing Brazilian philosopher Roberto Unger and American physicist Lee Smolin, who urge this view in their new book, The Singular Universe and the Reality of Time. They say:

That is I would be echoing them but for the fact that they are echoing what I say in my recent book, Time One, which explores how the physics of the smallest—a quantum of space—is tied to the physics of the largest—the whole universe as a single thing.