You are here: Home > Physics Myths: Like Religion, Physics Rests on Faith 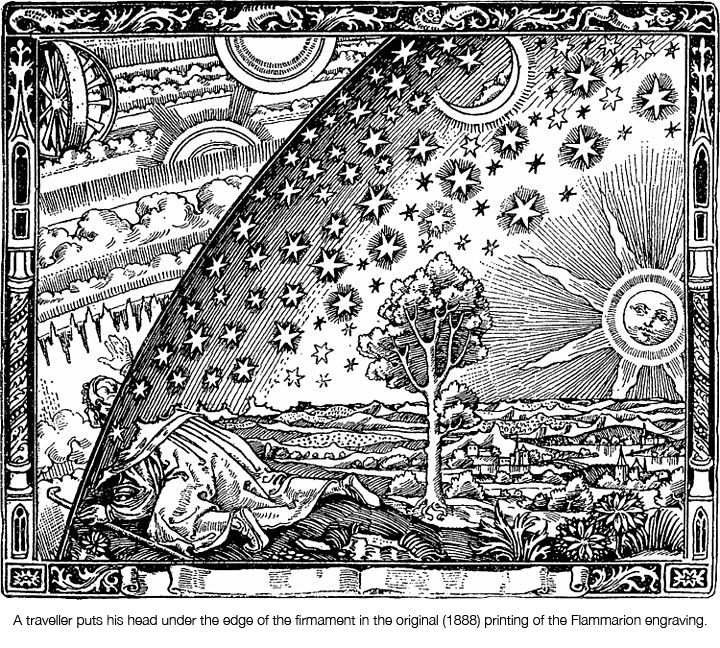 Some see myths as things of the past in our enlightened age. For example, in a recent episode of Cosmos: A Spacetime Odyssey, American astrophysicist Neil deGrasse Tyson said (speaking of the revolutionary ideas of Thales of Miletus around 600 BCE), “The workings of nature could be explained without recourse to the supernatural.” He got me thinking (he is good at that). I thought: Yes, but Neil, look around. New myths replace old ones; is this what you mean by ‘explained’?

History is replete with examples. A few hundred years after Thales, Aristotle believed in an unseen substance he called aether (actually, being Greek, he called it αίθηρ). Its nature was (he said) to move in circles, thus ‘explaining’ motions of heavenly bodies. Aethers with other properties ‘explained’ missing bits of physics through the ages until Einstein killed the aether off with Special Relativity in 1905. (Or so physicists thought. He proposed a new aether based on General Relativity in a lecture in Leiden in 1920 but few noticed.)

Physics myths are not confined to history. Today’s physics (even physics as preached by that most gifted preacher, Dr. Tyson) explains almost everything with myths.

Mainstream physics says most of the mass in the universe (some 85% of it) is stuff we cannot see. Like both Aristotle’s aether and Einstein’s aether, we can detect it only by its influence on things we can see. Naturally, it is called Dark Matter (though Dr. Tyson would like to rename it Dark Gravity, as if this would be a better explanation). ‘Dark Matter’ is a proper noun, with capitals, like Zeus, whose existence ‘explained’ thunder.

As if this matter matter were not bad enough, almost all the energy in the universe is also missing. Its existence ‘explains’ the observed accelerating expansion of the universe. Naturally again, this stuff we cannot see is called Dark Energy. Its quantity too has been measured (most recently by the Planck mission); converting to its mass equivalent using E=mc2 and adding the Dark Matter, we find more than 95% of everything is we-don’t-know-what. Dr. Tyson wants to know. In a recent interview, he said, “I want to know what Dark Matter is; I want to know what Dark Energy is.”

What he wants sits on his bookshelf. Readers of Time One understand that Dark Matter and Dark Energy are modern myths. They know everything is made of the same stuff. In 1920, Einstein called it äther; these days, we could call it quantum space. Simple relationships between its quanta explain its varying appearances (like quarks and photons) and its seeming absences (there’s no need to call them Dark). Reviewer Stefan Bernegger says, “Time One is a must if you want to make a leap in understanding the universe!”

Dear Dr. Tyson:
Are you open to a leap in understanding?

I do not suggest religious myths and scientific myths stand on precisely the same footing. Science is, supposedly, open to correction. Religion, also supposedly, is not. Observation tells me that they both make progress, and that science maybe moves more swiftly, or should I say less slowly, than religion does.

Stefan Bernegger (2014), “I am not aware of any other book providing a comprehensive answer to the most fundamental questions!”, customer review, Seattle: Amazon; http://www.amazon.com/Time-One-Discover-Universe-Began/dp/0991843606