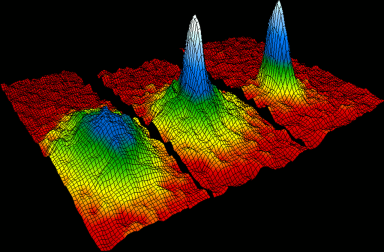 Thoughts of physics in our world have somehow got us onto Harry Potter. Like Lewis Carroll’s tales of Alice in fantastic Wonderland, J.K. Rowling’ magic world has elements of physics truth. We found shades of quantum physics in a teleportation scene from the first movie. Two minutes later, Harry shoves his baggage cart through a brick wall to board his train on Platform 9¾ at King’s Cross Station. Cool FX but could there be some physics here?

Well, what is it that prevents one solid from interpenetrating another? After all, the total volume of the particles that constitute an atom is a tiny fraction of the atom’s volume; nearly all of any atom is just space. Why can’t the particles ignore each other like one gust of raindrops passing through another? Quantum theory has an answer.

Quantum theory uses quantum numbers to define the state of every particle. One kind of quantum number is called ‘spin’. A particle whose spin is half-integral (like 1/2 or 3/2) is called a fermion. Quantum theory says that no two fermions can occupy a single quantum state. Electrons happen to be fermions (with spin 1/2). When I try to get onto Platform 9¾ the electrons in the atoms of the bricks won’t let my electrons share their states. (The repulsion of their charges also helps to keep me out.)

Other particles, called bosons, have integral spins (like 0 or 1). They are pleased to congregate and intermingle in a single quantum state. But they do this mostly in the form of gases and they mostly get together only when extremely chilled. So no-one would suggest that Harry or the bricks were made of bosons. But bosons showed up a few years ago in solids, and at temperatures that, not exactly hot, were much less low.
Will there ever be a boson brick that will not block a boson person? I think not. While we wait to find out, might the Harry Potter magic message be: Enjoy a fun book or movie while opening your mind up to the possibilities of physics?