You are here: Home > Hitting the Streets of Priština

Hitting the Streets of Priština

We are in Priština, the new capital of a new country, war-torn Kosovo. Main street is Bill Klinton―not a typo―Boulevard. His statue’s in the square. He’s their hero; he gave the Kosovans Kosovo.

Cars crowd sidewalks, people throng the streets, mingling in a complex dance. The dance is guided by blue signs and fading pavement-paint of lots of crosswalks, a few yards apart. We cross only at the crosswalks, where we see cars always stop and we are safe. Or so we think.

Uh oh! Crossing UÇK, I spot an almost empty fuzz of subatomic preons made of quantized tweedles charging at us at, like, 40 mph. They are too fast, too close. In the next gazillion quantized tocks of time I recognize that they are fermions, which means that they are dangerous. The sign on top says City Taxi. I holler to my wife and—tocks seem to be slowing now—before the fuzz begins to try to occupy the same space as my fermions, I do what I have often practiced mentally for this occasion: I jump. Not far, just up, so gravity’s no longer gluing my feet to the street.

WHAMMO!  It’s just fermions insisting on the Pauli principle: two are not allowed to occupy a single quantum state. Almost no tocks later (that I notice) I am lying on the street. I am five yards down-street from the crosswalk! Is this (like neutrinos zipping into Italy from France) questionable evidence of matter moving faster than the speed of light?

UÇK too is made of fermions. Their insistence on the Pauli principle has dislocated my left shoulder joint. Luckily, I have done that before, so I know how to snap it back. Someone helps me up. My wife is trying to get up but she can’t stand. Someone runs up with a chair for her, a water bottle offered with his other hand. Nearby, a muezzin starts the call to prayer.

A police car gets there in, it seems like, ninety seconds—I’ve stopped keeping time in tocks. It blocks off the traffic, all three lanes. Sixty seconds later, it looks like the taxi driver is under arrest.

(Later I will learn that in Priština hitting a pedestrian’s a serious mistake. On a crosswalk? Even worse. Two pedestrians? Canadians? Their air force helped Bill Klinton’s. Seems they’re on the same unspokenly exalted level as Americans. Julia Roberts said it: BIG mistake!)

He is carted off in a police car as an ambulance arrives.

It carts us off too; whither, we know not. An odd thought comes to mind as someone starts it up: If the taxi had been made of bosons we would not have had that quantum same-space argument. 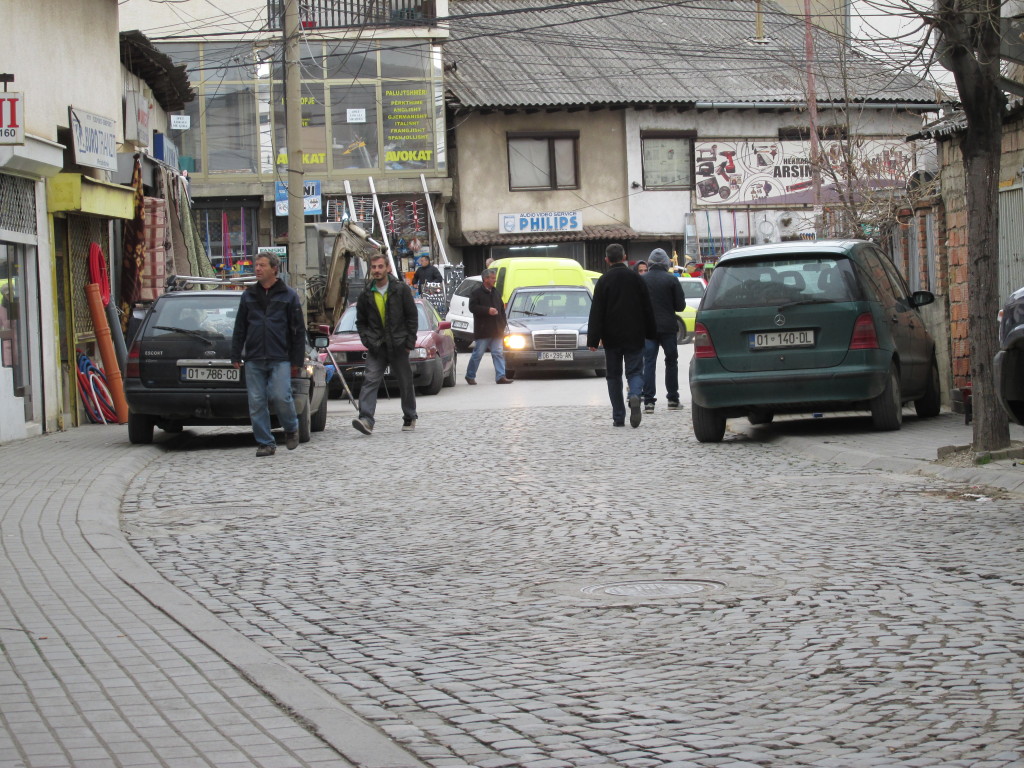