You are here: Home > Hawking and the End of Physics

Hawking and the End of Physics 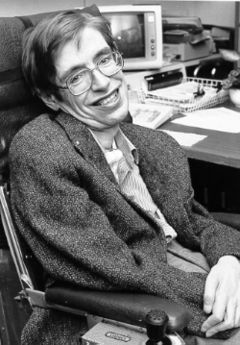 Is physics ending? Serious people say so, not always seriously. Are they right and should we care?

In 1996 American science writer John Horgan wrote a book, The End of Science. His thesis was that all the big stuff has been done already, that what he calls ‘the primordial human quest to understand the universe and our place in it’ is almost over. As provocation it was cute, but as news it was old hat already. For example, in 1900 British physicist Lord Kelvin famously said: ‘There is nothing new to be discovered in physics now.’

Horgan’s book was prompted (he acknowledges) by Stephen Hawking (who called it garbage). In 1980 Hawking, upon inheriting the Lucasian Chair at Cambridge from the likes of Isaac Newton, lectured an august assembly on the question: Is the end in sight for theoretical physics? His answer: It is right around the corner. No doubt this made an impression. Of course, back then many were anticipating Hawking could himself soon end. Now, all who swallowed either forecast are confounded. Marvellously, Stephen steams on. Meanwhile physics is in disarray; distinguished physicists complain they do not understand it. And these guys say the human quest to understand the universe is over? Get serious!

More recently―dissing Hawking’s book The Grand Design, in which (with coauthor Leonard Mlodinow) Hawking says the quest is over―Horgan says:

I’ve always thought of Stephen Hawking … less as a scientist than as a cosmic, comic performance artist, who loves goofing on his fellow physicists and the rest of us.

Indeed I see all three of them as playing a pop-science Punch & Judy show. I recall that P&J performers are known as ‘professors’. We, the audience, may be well entertained but what are we to take home when the show is over? The question is―for all of us―momentous. For more than a hundred years, physics drove our economic engine. No gas left in its tank? Not good if true, even if not news.

Readers of past posts won’t be surprised to find I beg to differ. The bad news―in my view―is that physics is barely in its infancy. As with Newton’s laws in 1687, its foundational theories are approximations. It is far from having final answers; few even grapple with first questions.

The good news is the opportunity for a new leap is looming into view and it is huge beyond imagining.

Horgan, John (1996), The End of Science: Facing the Limits of Science in the Twilight of the Scientific Age, New York: Broadway Books; http://www.johnhorgan.org/the_end_of_science__facing_the_limits_of_science_in_the_twilight_of_the_scientif_9028.htm

Colin Gillespie (2013), “The Future of Physics”, in Time One: Discover How the Universe Began, New York: RosettaBooks, p. 414,  http://www.rosettabooks.com/book/time-one/, excerpted at http://www.timeone.ca/chapters/the-future-of-physics.pdf