You are here: Home > Gut Instinct

You likely do not often think about how you are put together on a microscopic scale. You are a conspiracy of cells. Roughly a hundred trillion of them, each one more or less autonomous. Each shapes its environment (you) by talking to co-conspirators. Cells do this instinctively. Their ancestors survived by doing it for millions of years. In medical circles there’s a new attitude to the largest group of our cells. Knowing about this could save your life.

Your cells cooperate to build different tissues. For example, thirty billion of them make your largest organ, skin. In turn subgroups of skin cells specialize to perform certain tasks. Some keep the outside out. Some keep your inside in. Some replace skin cells that die. Etcetera.

Most of your cells, about nine-tenths of them, are bacteria. Did you know they are an integral part of you? There’s a growing understanding that they too perform certain tasks. For example, some look after (and some live in) your skin. Some of them eat skin oils and keep your skin’s acidity in line. Some eat gunk in your hair follicles. Some eat dead skin cells. These and other species of bacteria keep lots of other bugs from moving in. It’s a cruel world out there, teeming with tiny critters that view you as food and don’t know when to call it quits. It is better to get eaten by your friends.

Most of your bacteria live inside your gut, known to the trade as the GI tract. If you think of this as a surface at all, you might see it as not out but in. But topology and practicality both say it is a surface that is as outside of you as is the outside of your skin. Thousands of species of bacteria form local ecosystems in your gut, where you breed and feed a total of about a hundred trillion cells. (Yes, that’s also the rough count of all your cells.) Tucked inside you, stable over generations, our gut microbial biome (our bugs’ total genetic info) may be as integral to our human heritage as is our DNA. We would not last long without it.

The bad news is, while doing good, our bugs often are not doing well, so then nor are we. Careless of our interdependence, we make war on 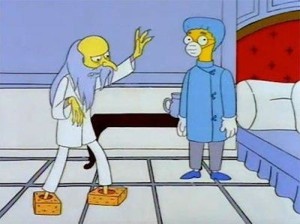 them with two new weapons: hygiene and antibiotics. Let’s start with the latter. Let’s say you get a throat infection. Not knowing what the bug is, your doctor prescribes a broad-spectrum antibiotic. You swallow pills, hoping that enough will find the bad bugs and that it will kill them. But much of it will find the friendly bugs in your intestines. This exterminates thousands of species and puts you at risk of a bad-bug invasion. We are no longer well-equipped to resist this. For millennia, humans lived in close contact with each others’ excreta; their symbiotic mix of microbial species was a shared resource. If one’s biome faltered, the neighbourhood unwittingly restored it. But our obsession with hygiene is changing that. So we are seeing more of painful and sometimes fatal intestinal disorders. For example, Canadian health researcher Natalie Molodecky and ten other authors say,

The incidence and prevalence of [Inflammatory Bowel Diseases] are increasing with time and in different regions around the world, indicating its emergence as a global disease.

Millions of sufferers are told there are drugs that may (or may not) reduce symptoms, and surgeries that remove bits of bowel and may help. Inflammatory Bowel Diseases cost the US alone over $5 billion per year in lost work. Costs of treatments are uncertain but much more.

The good news is an inexpensive treatment that can often cure: replacement with a group of user-friendly bugs, a transfusion of fecal matter into the bowel. But this treatment isn’t on the market yet; and a recent review of costs and treatment strategies doesn’t even mention it. If you want a cure you need a willing doctor and a healthy donor friend.

“What Is FMT?”, The Fecal Transplant Foundation, http://thefecaltransplantfoundation.org/what-is-fecal-transplant/