You are here: Home > Genius, Einstein and much ado about nothing: Let’s fix the fallacy of empty space

Genius, Einstein and much ado about nothing: Let’s fix the fallacy of empty space

We think of space as empty. It’s not. Quite aside from stray hydrogen atoms and fleeting quantum particles in the vacuum, space is substantial. It has mass. Indeed Planck-satellite measurements now show space is three times denser than the average of the universe’s matter.

Yet like the rest of us most physicists still treat space as empty. We need to adjust our thinking to the idea that space has substance. First step: let’s understand how we got sold on all that emptiness.

What is space? For centuries this question has befuddled physics. In the 1800s physicists deduced that light is made of waves. By analogy with sound waves in air, they thought there must be something in space to support these waves so they conceived of space as filled with a transparent substance they called ether.

In National Geographic’s biography series Genius, we see Albert Einstein puzzling about this in 1900. Though he believed in ether only a few years ago he’s becoming skeptical. (Genius scores A+ for accuracy.)

In 1905 Einstein says light is made of particles. He calls them photons. No need for light waves. Maybe this frees him from the ether. Three months later he comes up with special relativity (SR). It describes motion in space and it needs no ether. Experiments confirm its strange predictions. Soon Einstein joins the chorus saying space is empty and ether is dead. 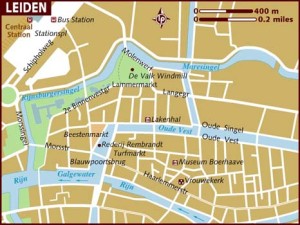 In 1915 Einstein publishes his famous paper on general relativity (GR). Its ten equations describe all that can go on in space. It says gravity distorts the shape of space itself. One might think this notion makes space seem like something but the GR paper makes no mention of the ether.

In 1920 Einstein gives a lecture in the small (smaller then than Hoboken today) Dutch town of Leiden. He talks about the ether. Contrary to the views of almost all his colleagues he says: ‘More careful reflection teaches us however, that the special theory of relativity does not compel us to deny ether. We may assume the existence of an ether; only we must give up ascribing a definite state of motion to it.’ He tells the waiting world that general relativity says space is something, since ‘the recognition of the fact that “empty space” in its physical relation is neither homogeneous nor isotropic, compelling us to describe its state by ten functions … has, I think, finally disposed of the view that space is physically empty.’ 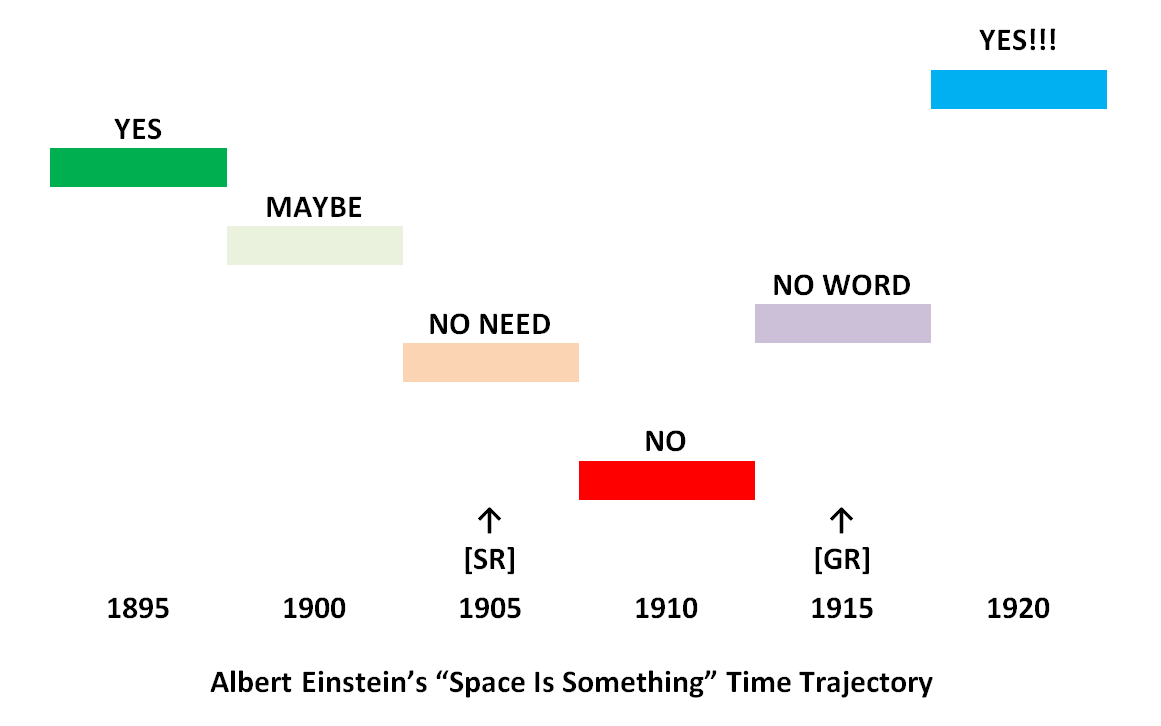 In this way and at this place Einstein announces ‘Space is something!’—surely this is earth-shaking news? He is famous for changing his mind; often his last word is his best word. But this time hardly anybody notices. Even his long-time colleague Leopold Infeld would write in 1950 that Einstein’s special relativity destroyed ‘once and for all the concept of ether’. This myth is still taught to budding physicists today.

So it is that physicists who study experimental cosmology now measure the vast mass of space to three-decimal precision while others who study theories of physics in that same space—everything from particle physics to astronomy—pretend (indeed seem to believe) it is a void that has itself no mass at all.

Such is life in the silos. As American journalist Gillian Tett observes of silos that fragment the world of finance, they have good aspects as well as others that are bad and ugly. And as Edward O. Wilson writes in Consilience: The Unity of Knowledge, ‘The most productive scientists … have no time to think about the big picture and see little profit in it.’

Maybe our message to physics grad students should be: If you let one silo hold your mind captive you will be uneducated; study other silos too and you may earn that Doctorate in Philosophy . . . and serve science better.

Einstein did not live in a silo. He brought a wide philosophic perspective to his study of What is space? Our minds still struggle to catch up with his ultimate conclusion: Space is not empty; space is full of something!

Maybe, just like he did, we could call it ether.