You are here: Home > Facts and Explanations

Some fifty years ago a physician at the Mayo Clinic, Bernard Forscher, wrote an allegoric letter to the editor of Science on a theme that Science Seen also explores (why science, and especially physics, is in trouble). His message―that data can block basic understanding―was pointed then. It is urgent now.

Chaos in the Brickyard

Once upon a time, among the activities and occupations of man there was an activity called scientific research and the performers of this activity were called scientists. In reality, however, these men [the writer wrote] were builders who constructed edifices, called explanations or laws, by assembling bricks, called facts. When the bricks were sound and were assembled properly, the edifice was useful and durable and brought pleasure, and sometimes reward, to the builder. If the bricks were faulty or they were assembled badly, the edifice would crumble, and this kind of disaster could be very dangerous to innocent users of the edifice, as well as to the builder who sometimes was destroyed by the collapse. Because the quality of the bricks was so important to the success of the edifice, and because bricks were so scarce, in those days the builders made their own bricks. The making of bricks was a difficult and expensive undertaking and the wise builder avoided waste by making bricks only of the shape and size necessary for the enterprise at hand. The builder was guided in this matter by a blueprint, called a theory or hypothesis.

It came to pass that builders realized that they were sorely hampered in their efforts by delays in obtaining bricks. Thus there arose a new skilled trade known as brickmaking, called junior scientist to give the artisan proper pride in his work. This new arrangement was very efficient and the construction of edifices proceeded with great vigor. Sometimes brickmakers became inspired and progressed to the status of builders. In spite of the separation of duties, bricks still were made with care and usually were produced only on order. Now and then an enterprising brickmaker was able to foresee a demand and would prepare a stock of bricks ahead of time, but, in general, brickmaking was done on a custom basis because it still was a difficult and expensive process.

And then it came to pass that a misunderstanding spread among the brickmakers (there are some who say that this misunderstanding developed as a result of careless training of a new generation of brickmakers). The brickmakers became obsessed with the making of bricks. When reminded that the ultimate goal was edifices, not bricks, they replied that, if enough bricks were available, the builders would be able to select what was necessary and still continue to construct edifices. The flaws in this argument were not readily apparent and so, with the help of the citizens who were waiting to use the edifices yet to be built, amazing things happened. The expense of brickmaking became a minor factor because large sums of money were made available; the time and effort involved in brickmaking was reduced by ingenious automatic machinery; the ranks of the brickmakers were swelled by augmented training programs and intensive recruitment. It even was suggested that the production of a suitable number of bricks was equivalent to building an edifice and therefore should entitle the industrious brickmaker to assume the title of builder and, with the title, the authority.

And so it happened that the land became flooded with bricks. It became necessary to organize more and more storage places, called journals, and more and more elaborate systems of bookkeeping to record the inventory. In all of this the brickmakers retained their pride and skill and the bricks were of the very best quality. But production was ahead of demand and bricks no longer were made to order. The size and shape was now dictated by changing trends in fashion. In order to compete successfully with other brickmakers, production emphasized those types of brick that were easy to make and only rarely did an adventuresome brickmaker attempt a difficult or unusual design. The influence of tradition in production methods and in types of product became a dominating factor. Unfortunately, the builders were almost destroyed. It became difficult to find the proper bricks for a task because one had to hunt among so many. It became difficult to find a suitable plot for construction of an edifice because the ground was covered with loose bricks. It became difficult to complete a useful edifice because, as soon as the foundations were discernible, they were buried under an avalanche of random bricks. And, saddest of all, sometimes no effort was made even to maintain the distinction between a pile of bricks and a true edifice.

Dr. Forscher would become editor of the Proceedings of the National Academy of Sciences of the United States of America, one of the world’s most prestigious scientific journals. He died in April, 2014. 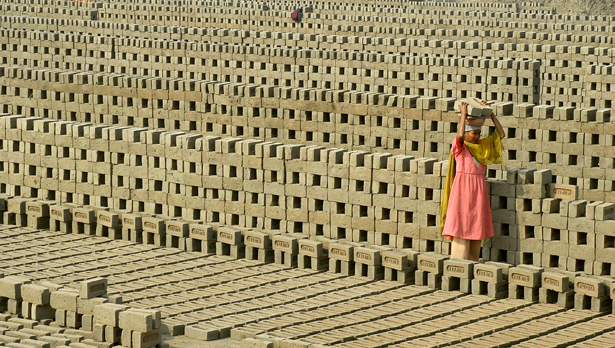 David Weinberger (2012), “To Know, but Not Understand: David Weinberger on Science and Big Data”, The Atlantic, Washington: Atlantic Media, http://www.theatlantic.com/technology/archive/2012/01/to-know-but-not-understand-david-weinberger-on-science-and-big-data/250820/