You are here: Home > Before the Big Bang

Before the Big Bang

These days―thanks to the mash-up of Leonard Hofstadter, Sheldon Cooper, David Saltzberg, Ed Robertson and the Barenaked Ladies―most everyone has heard of the Big Bang theory. And most everyone knows it ‘all started with the Big Bang!’ Most everyone is wrong. Wikipedia has it precisely right. It says:

The Big Bang theory is the prevailing cosmological model for the early development of the universe. The key idea is that the universe is expanding. 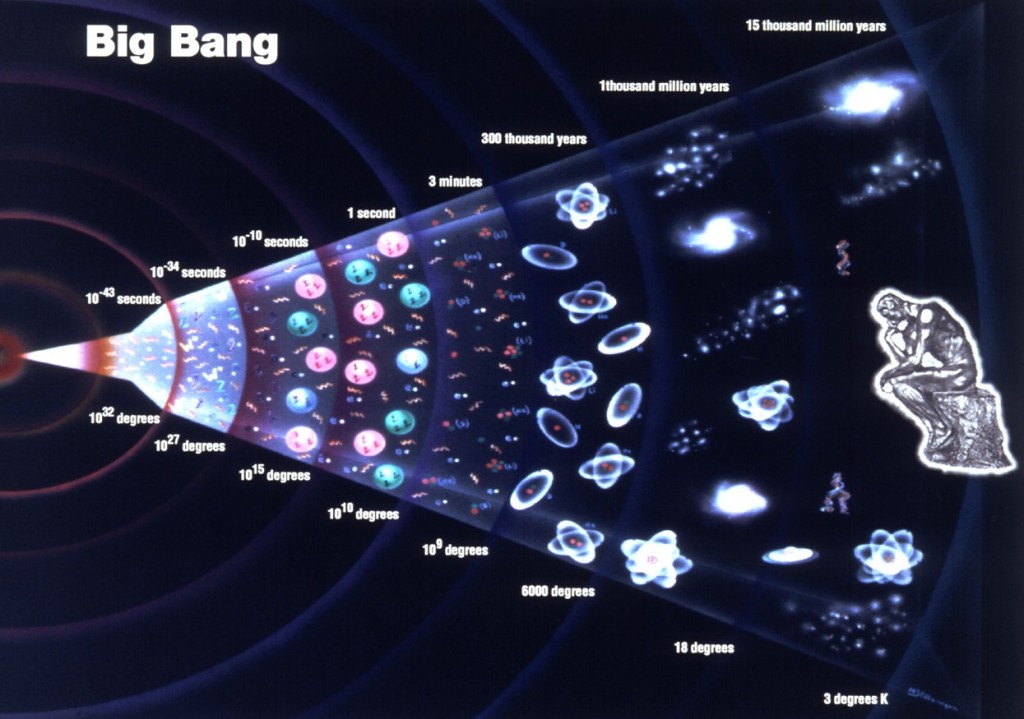 So: What happened before the Big Bang? How did the universe begin? Stephen Hawking is one of the first physicists to tackle this question, for which he deserves much kudos. Now he is the co-author (with American physicist Leonard Mlodinow) of The Grand Design in which he says that spontaneous creation produced the universe from nothing. He ‘explains’ this with a cute confection of math tricks called M-theory. He is far too smart to believe such nonsense; he is putting us on. Even Stephen has no answer.

Observations show space is still expanding and the expansion is not―as was expected―slowing down under the pull of gravity, it is accelerating. The standard model of cosmology has expansion built into it as an odd kind of unexplained assumption. Now cosmologists want something to explain the acceleration. They call their favorite somethings Dark Energy or Quintessence but don’t let labels fool you. They literally don’t know what they’re talking about. The search is on. 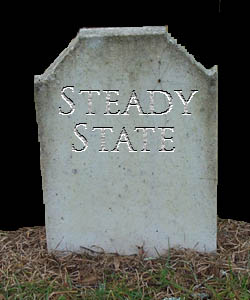 Does history offer any clues? Hoyle’s Steady State universe was based on spontaneous creation―the  concept that hydrogen atoms pop into existence at a rate that exactly compensates for expansion―so that on average the density of matter doesn’t change. But now we know the density of matter is decreasing. Bye-bye Steady State; hello Big Bang. What we observe is not new matter, it is new space.

In 1917 Albert Einstein suggested to a student that space is not continuous; rather, it comes in tiny pieces, quanta of space. In 1954 he said much the same thing to his best friend. Like others, I think he was right. If so, what we observe is more quanta coming into existence. How could this be? My recent book Time One suggests space quanta replicate by quantum tunneling. It’s hard to imagine a simpler way to get more quanta. (It surely is simpler than new hydrogen atoms from nowhere.) This one postulate explains not only why space is expanding (i.e., the Big Bang), but also how space came into existence, why it has three dimensions, how the infant universe inflated, and why expansion is now accelerating.

I may be biased but this seems like a lot of bang for a tiny buck.

Sabine Hossenfelder (2010), “Einstein on the discreteness of space-time”, http://backreaction.blogspot.ca/2010/10/einstein-on-discretenes-of-space-time.html