You are here: Home > Night Train in Novi Sad 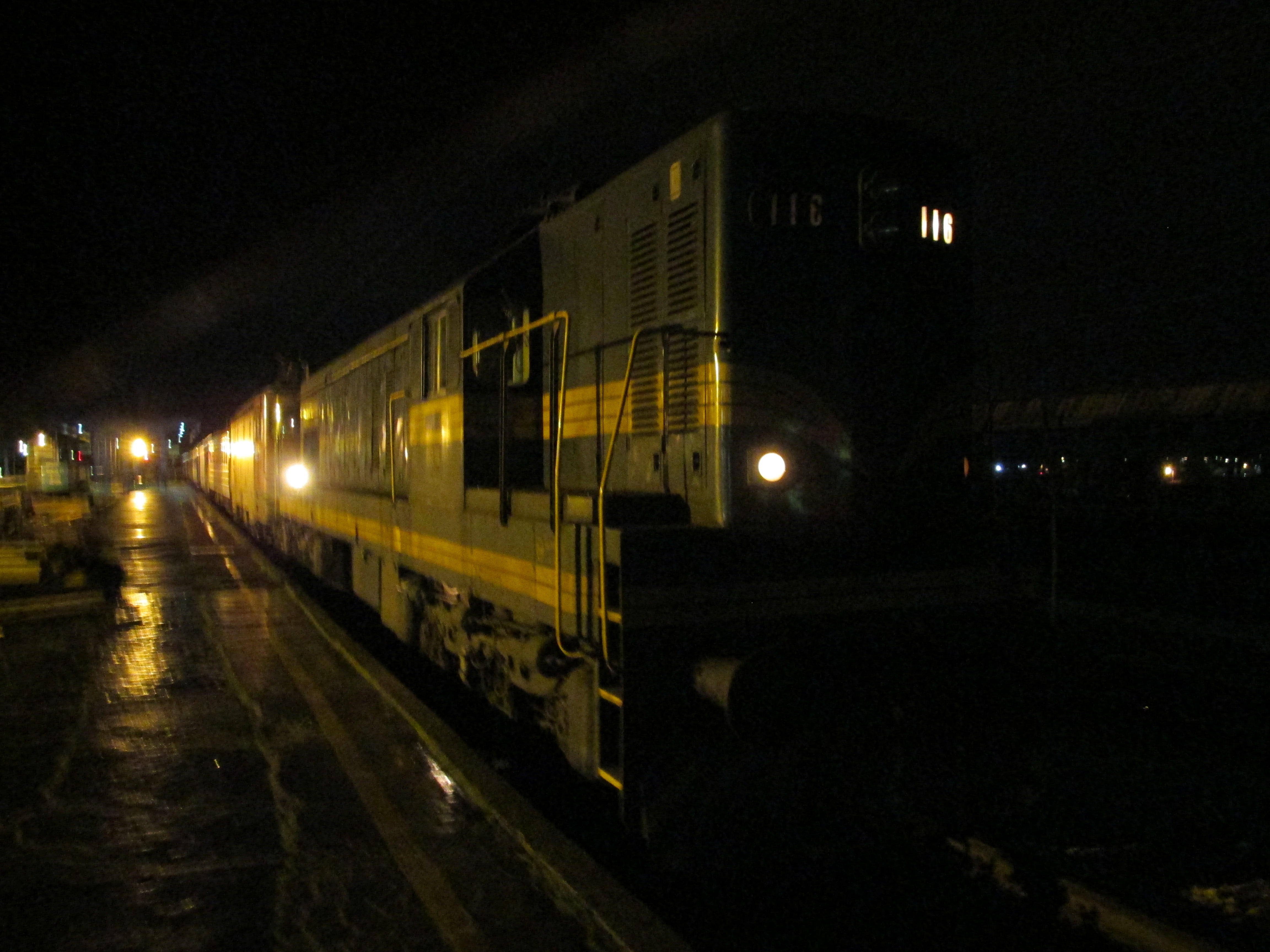 It’s a break for me from writing, or so I’m thinking. We are on the 09:48 from Wien to Beograd. Change of trains in Budapest; a 16-minute connection ― safe enough because the first leg is an Austrian train. The second leg is 7 hours. Or should be. It seems that we are stopping overlong in Novi Sad, a city of 300,000 some two hours short of Beograd.

The train is almost empty. The passengers whom we can see speak only Serb. After a while a train official comes by and exhausts his English saying, ‘BIG problem,’ gesturing ahead. Some pantomime establishes that BIG means a one-hour delay, or maybe two.

After an hour or so we notice there are even fewer passengers. Could this be non-confidence, voted with their feet? Next official to go by says, ‘BIG problem. Beograd tomorrow.’ It’s almost 8 p.m. Some things there’s no physics fix for. I ask him, is there a bus? He gestures vaguely in a northerly direction.

Turns out the bus station is nearby. Inside, a helpful sign says ИНФОРМАЦИЈЕ. I ask the harassed-looking information clerk: Next bus to Beograd? She writes 21:05 on a scrap of paper, pauses, crosses it out, writes 22:05. I run back to the train for a quick consultation. It’s raining. Let’s try busing, we decide.

Back to the bus station; it is much more crowded. Try to buy two tickets on the 22:05. The ticket agent takes my paper, crosses out the time. ‘No seat,’ she says, and writes 23:05. I buy tickets, 700 dinars each. Walk back in the rain. Skinheads are shouting at each other on the platform. I hit up yet another official for the latest info. ‘BIG problem,’ he says, with more pantomiming of a derailed train. Seems like the late late bus may get us into Beograd much sooner than our train. But at least it is a warm dry place to wait for bus departure. With armrests up, stretched out on three seats each, we doze.

A sudden thought brings me back upright: Will the hotel door be open when we arrive? Luckily we have the number but my Rogers cell phone tells me: No connection.  I accost a tall civilian who is hanging round the station. Yes, he has a phone and even a few words of English. He calls the number that I give him, speaks in Serbian, hangs up and says to me, ‘They wait.’