You are here: Home > Harry Potter Magic and Levitation Physics 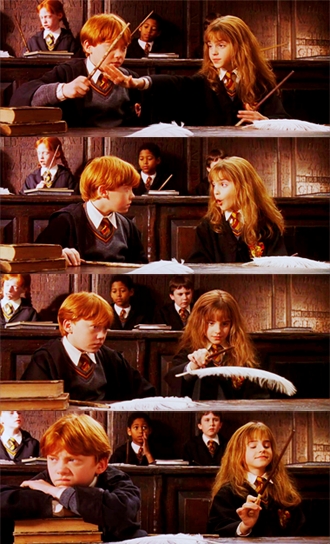 Some weeks back Harry Potter’s magic, having helped him walk through a brick wall, got me onto bosons. A boson’s any kind of particle that has integral spin (like 0 or 1). What’s spin? Well, that’s another story. Suffice to say it is a quantum number used by physicists to tag a quantum state.

Fermions such as electrons have half-integral spin (½).  Unlike bosons they can’t get together in a single quantum state. Or can they?

An electric current happens when electrons move. In some metals (like tin and lead) at very low temperatures they have a neat trick up their sleeves. Each electron’s passage rattles nearby atoms. The rattling atoms reduce energy for another electron, kind of like the way a boat can take it easy as it surfs another’s wave. The two electrons thus become entangled even though they may be far apart. What’s this ‘entangled’ bit? It means though maybe far apart they form a single quantum state. Depending upon whether their spins are aligned or opposite, its spin is ½ ± ½; i.e., 1 or 0. Either way this makes the two-electron quantum state a boson.

Unlike fermions, bosons love to get together. Quadrillions of these bosons (aka Cooper pairs) condense into a single quantum state. It carries electricity without resistance. Why? Because to change the motion of any one electron you must change them all. It’s called superconductivity.  Once you get the current going it goes on forever, no battery included.

The Large Hadron Collider, the world’s largest atom smasher, would be impossible without superconductivity. Closer to home for most of us, the MRI machine, which takes fine pictures of your insides without X-rays, uses the same principle to energize its magnets.

Harry Potter magic has taken us far afield. Or has it? Just over forty years ago, American physicists John Bardeen, Leon Cooper and Robert Schrieffer got the Nobel Prize for discovering the quantum whispers of electrons cause superconductivity. Forty years before that, it was as inexplicable as any magic.

Oh, and did you know that superconductivity can do levitation without even saying Levioso?