You are here: Home > Not God―Must Be Goldilocks!

Last week we saw leading physicists seducing themselves into a multiverse. Most accomplished their mental gymnastics in one of three weird ways: a many-worlds interpretation of quantum mechanics; an inflationary cosmology; or a string-theory landscape. All three have in common that they are at best ‘nice ideas’, not physics.

So, what’s going on? These physicists are trying to explain what seems to be an inexplicable coincidence. Many physical properties―such as the gravitation constant―must have almost exactly the values we observe (this is called fine-tuning) in order for the universe to support life or even for hydrogen atoms, stars and planets to exist. As multiverse proponent Andrei Linde says:

We have a lot of really, really strange coincidences, and all of these coincidences are such that they make life possible.

Some say it’s as if the universe was created for us, a notion that Polish astronomer Nicolaus Copernicus was thought to have ditched in the 1500s. Now, to avoid creation physics seems to be embracing Goldilocks. You know her story. Chairs and bowls and beds, for each she has three choices and she always finds one that is (in her view) just right. Choices are the whole point for multiverse proponents; choices open doors to the Anthropic Principle. It says life can exist only in a universe whose physics makes life possible so of course we see fine-tuned physics. By itself, this is a truism. In a single universe it offers no explanation of why physics is so special. But, if there are many universes, each with its own random physics, there is no need (so ’tis said) for explanation.

It should perhaps be no surprise to find that all three kinds of multiverses physicists invent have many―maybe 10150, maybe infinitely many―universes, some few of which are suitable for life. Yet, that these fabrications explain nothing seems obvious. And I have some sympathy with American science writer John Horgan’s bluntness when he says:

The anthropic principle has always struck me as so dumb that I can’t understand why anyone takes it seriously.

But the reason why some do take it seriously is clear. Indeed most acknowledge it: They see it as a choice between Goldilocks (the multiverse with the Anthropic Principle) and God. They are avoiding God. It is a sorry scene. In their efforts to escape the clutches of one kind of faith they contrive another. In order to explain one universe they imagine many of them. These intellectual contortions are (in German physicist Wolfgang Pauli’s famous phrase) not even wrong.

So, other than fiction, what is the multiverse? It seems to me to be a symptom of a pile of problems fundamental physics fails to face. And that failure is bad for all of us.

Next: Did Einstein set a bad precedent? 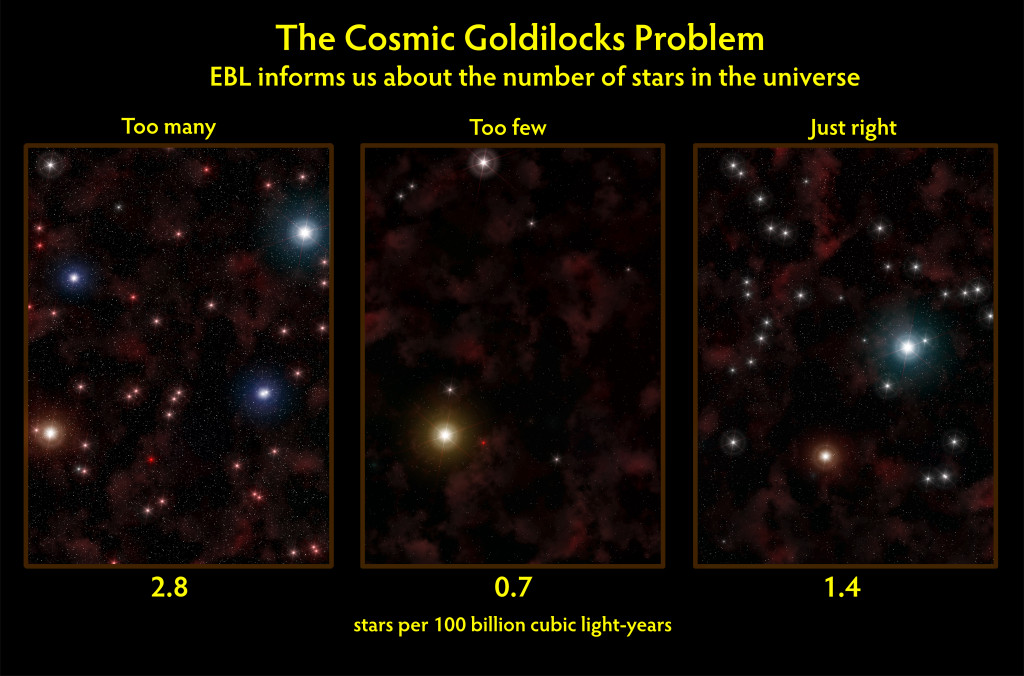 Colin Gillespie (2013), “Because We Are Here”, in Time One: Discover How the Universe Began, New York: RosettaBooks, p. 145, http://www.rosettabooks.com/book/time-one/, excerpted at http://www.timeone.ca/chapters/because-we-are-here.pdf