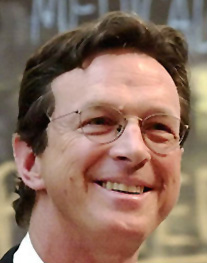 Michael Crichton was an American author, producer and director who, writing as John Lange, wrote Zero Cool and, as himself, Timeline.

Quotes by Michael Crichton in Time One

I suspect that scientists are driven by the sense that the world out there―reality―contains a hidden order ….

Once again, physicists believe the physical world has been explained, and that no further revolutions lie ahead.

Even a very tiny black hole would be a little too powerful to use as a weapon.