You are here: Home > Beginning

How did the universe begin?

From time to time I’d try to think of how it happened.

I would think about it in the shower. Or drifting off to sleep. Or on a highway drive. Average an hour or more a day since it began to bug me when I was maybe sixteen. 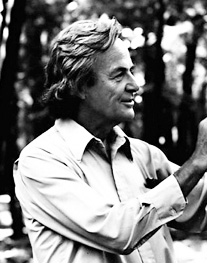 At first I had no notion of how many other people wondered the same thing. It seemed to me that anyone―that I―should know.

Of course I soon found that there are answers. But they did not bring me understanding.

And there were people who believed the universe never did begin. Some heavy dudes of the intelligentsia. Less than a hundred years ago philosopher and mathematician extraordinaire Bertrand Russell said, “The idea that things must have a beginning is really due to the poverty of our imagination.”  Albert Einstein, father of cosmology, for more than half his life thought of the universe as having always been there, more or less unchanging. He also fathered general relativity (GR) in 1915.

In the years that followed, GR’s successes slowly but inexorably showed that the universe does change and that it did begin. My guess of its birth-year based on recent physics is 13,798,106,443 BCE.

Physics was my business. My studies began with quantum properties of certain metals when they’re very cold. They moved to the physics of biology – how nerve cells transmit signals and how the brain thinks. And to the then-new field of biophysics – how radiation affects DNA and how best to use this to cure cancers.

Still that universal question bugged me. In spare time I read sundry stuff about it. Along with stuff that, though not about it, seemed vaguely related. Over time the trickle of new information turned into a flood. By about 1980 enough clues were in view to enable anyone to answer the universal question. It was just a matter of putting two and two together with more twos. Yet nobody noticed this. Not one full-time cosmologist; not I.

How could it be that none of the professionals would notice? Some sort of did. For example, by 2010 physicist Sean Carroll was saying, ‘For the first time in the history of science, we have at least a chance of putting together a sensible theory of time and the evolution of the universe.’

Famous physicist (and bongo drummer) Richard Feynman spoke of the great difficulty of trying to imagine something that is different from what has been thought of. The physicists face special difficulty: Although the question concerns literally everything, a physicist will tend to take a narrow view. Each one may have in view a clue or two. Few, or maybe none, are looking at them all. Edward Wilson puts it this way: ‘The most productive scientists … have no time to think about the big picture and see little profit in it.’

And so it comes to pass that, on a highway drive, the penny drops in my mind, leading me to two new problems. How to steer the car back on the highway. And, now that I have an answer to my question, what do I do with it.

On the age of the universe: http://en.wikipedia.org/wiki/Age_of_the_universe#History

Sean Carroll (2010), From Eternity to Here: The Quest for the Ultimate Theory of Time, New York: Dutton, p. 3; http://preposterousuniverse.com/eternitytohere/