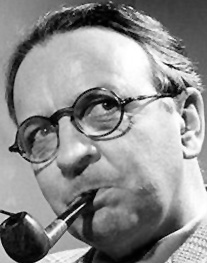 Quotes by Raymond Chandler in Time One

Maybe it was a clue.

Fiction in any form has intended to be realistic.

In Hollywood anything can happen, anything at all.

He was a guy who talked with commas, like a heavy novel.

The cops don’t like me too well, but I know a couple I get along with.

[T]he fictional detective is a catalyst ….

The denouement would justify everything.

Their characters lived in a world in which, long before the atom bomb, civilization had created the machinery for its own destruction ….

So passed a day in the life of a P.I.

… the surf curled and creamed, almost without sound, like a thought trying to form itself on the edge of consciousness.

The elevator was the self-operating kind that opens both doors automatically when it stops.

There … are things that are facts because they have to be facts, because nothing makes any sense otherwise.

[As I review the clues some words that Chandler put in Marlowe’s mouth―though here he’s calling him John Dalmas―as he reviewed his clues are ringing in my ears:] None of it made any sense.

You ought to have given a dinner party…