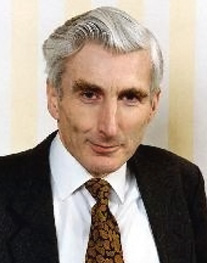 Baron Martin Rees is a British cosmologist and astrophysicist who describes how life depends on the values of six physical constants in Just Six Numbers.

Quotes by Martin Rees in Time One

Despite its importance for us, for our biosphere, and for the cosmos, gravity is actually amazingly feeble compared with the other forces that affect atoms.

[I]t is surely a cultural deprivation to be unaware of the chain of events through which some mysterious genesis nearly 14 billion years ago triggered the emergence of atoms, galaxies, stars, and planets, and whereby, on at least one planet, Darwinian selection led to the emergence of creatures able to ponder their origins.

The answer is: space does not expand. Cosmologists sometimes talk about expanding space, but they should know better.