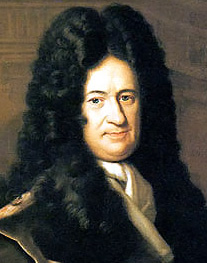 Gottfried von Leibniz was a German philosopher and mathematician who invented the binary number system and, along with Newton, modern calculus.

Quotes by Gottfried Leibniz in Time One

Reality cannot be found except in one single source, because of the interconnection of all things with one another.

I do not conceive of any reality at all as without genuine unity.

Now, supposing space to be something in itself, besides the order of the bodies among themselves, it is impossible that there should be a reason why God should have placed them in space after one certain particular manner and not otherwise, preserving the same situations of bodies among themselves; why everything was not placed in quite a contrary way, for example, by changing East into West.