You are here: Home > Our Greek Tragedy

No doubt political science is political. Recent travel through the Balkans renewed questions about: Is it 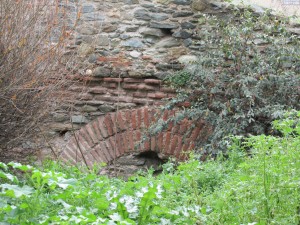 Greece is out of the news except when refugees grab headlines. In Thessaloniki one could sense a certain un-Greek gloom. Not surprising. Most Greeks want to be in the EU. The EU keeps on treating them as almost out. The last bailout of the European banking system kicked the Greek can down the road again. It left no chance for Greeks to dig their way out of their economic hole. Look for Greece to return to front pages. Expect new repercussions. Expect they will affect us all, at least through the economy. This will again be news, though hardly new.

By chance I was re-reading Winston Churchill on the evening of a day spent walking in the rain in Thessaloniki in streets replete with untended ancient ruins and angry graffiti. Macedonia had barricaded the rail crossing at its border so the international night train we hoped to take to Belgrade via Skopje no longer left from Greece. We bought tickets for a bus that took us and four others over the border at Idomeni to a decrepit station at Gevgelija.

Churchill—statesman, historian, adventurer, student of strategy and Nobel-Prize-winning author, not to mention that his strategic war direction saved the world from Nazi subjugation and also saved quarrelsome Greeks, wrote:

‘The Greeks rival the Jews in being the most politically-minded race in the world. No matter how forlorn their circumstances or how grave the peril to their country, they are always divided into many parties, with many leaders who fight among themselves with desperate vigour. It has been well said that wherever there are three Jews it will be found that there are two Prime Ministers and one leader of the Opposition. The same is true of this other famous ancient race, whose stormy and endless struggle for life reaches back to the fountain springs of human thought. No two races have set such a mark upon the world. Both have shown a capacity for survival, in spite of unending perils and sufferings from external oppressors, matched only by their own ceaseless feuds, quarrels, and convulsions. … Personally, I have always been on the side of both, and have believed in their invincible power to survive internal strife and the world tides threatening their extinction.’

Churchill knew that stupid quarrels can have consequences. He lived in a Europe that spawned wars for a hundred years. He envisioned—and eventually fashioned—a new Europe that would be an instrument of peace. In 1942, even as Britain fought for its life amidst the wreckage of European civilization, he said:

‘Hard as it is to say now, I trust that the European family may act unitedly as one under a Council of Europe. I look forward to a United States of Europe in which the barriers between the nations will be greatly minimised and unrestricted travel will be possible. I hope to see the economy of Europe studied as a whole.’

The theme of the last volume of Churchill’s epic Nobel-Prize-winning history The Second World War is:

‘HOW THE GREAT DEMOCRACIES TRIUMPHED, AND SO WERE ABLE TO RESUME THE FOLLIES WHICH HAD SO NEARLY COST THEM THEIR LIFE’

Now Britain is debating leaving the EU because some chafe at bureaucratic costs and inconveniences. Some say the Prime Minister’s family embarrassment over a document leak from Panama may be enough to tip the scales. Now too we see neo-Nazi mobs in Europe and a presidential candidate in the United States who alike in aid of their own ambitions do essential work for terrorists who aim to destroy the world’s civilizations. 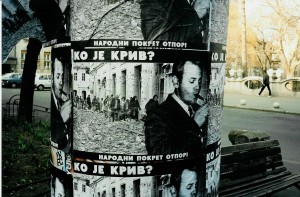 those who sow seeds of difference and fear. Twenty years on, burned-out vehicles no longer strew the streets next to the Holiday Inn, but Sarajevo is not and can never be the same. Its National Library is beautifully rebuilt but forever empty of its ancient treasures. In Belgrade there are no longer the ubiquitous posters asking KO JE KPИB? — WHO IS TO BLAME? But everywhere the question seems to linger in the air.

So is there any science in all this? Our word science comes from the Latin word for knowledge. Can we claim to know what we forget? Memorably Churchill quoted philosopher George Santanya: ‘Those who cannot remember the past are condemned to repeat it.’

Strategically, remembering is not enough. We can all add to the ongoing conversation.